Pat McGrath Labs, the makeup line created by legendary makeup artist Pat McGrath, is now being valued at $1 billion (P53.4 billion). As Women's Wear Daily reports, the brand received a $60 million (P3.2 billion) minority investment from Eurazeo Brands. Industry sources told WWD the firm now has a 5 to 8 percent stake in Pat McGrath Labs. This investment is what led the cosmetics line to be worth over a billion, according to the report. 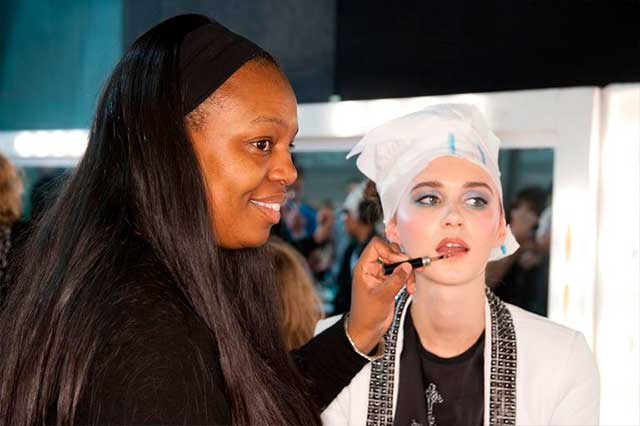 In comparison, makeup brand Kylie Cosmetics, created by Kylie Jenner, was recently valued at $800 million, with Forbes suggesting that another year of company growth would make her the youngest self-made billionaire ever. Audiences debated if Jenner was really self-made, and others questioned why McGrath hadn't received her own Forbes cover given her own success.

Pat McGrath Labs was launched three years ago and is growing quickly, with retail sales expected to reach more than $60 million (P3.2 billion) for 2018. The line debuted in 2015 with a $40 (P2,140) product called Gold 001. The multipurpose gold pigment came in a bag full of sequins, and it sold out all 1,000 units in just six minutes.

Other products included Skin Fetish 003, a three-piece highlighting kit, and Lust 004, a sparkly lip kit. A broader, permanent collection debuted in 2017 with lipsticks, lip liners, eyeliners, mascara, and eyeshadow palettes. Most recently, the brand released Lip Fetish Astrals, a sparkly update of the Lip Fetish Lip Balm from earlier in the year.

The products from Pat McGrath Labs, which are available on her website and at Net-A-Porter.com, are often inspired by McGrath's work as a makeup artist for runway shows like Versace, Balenciaga, and Gucci.

In an interview with InStyle, McGrath explained how she created her line. "My intention when I created Labs was that the people that used our products would be empowered to explore a fearless, daring attitude towards makeup—that's why we always write 'Use Without Caution' on everything we make," she said. "I've always believed that the most extraordinary results occur only when one feels unbound by any notion of constraint or limitation."