We got an exclusive interview with the guy who taught Queen P how to apply makeup!
by Retty Contreras | Jan 25, 2016
Post a Comment
Featured 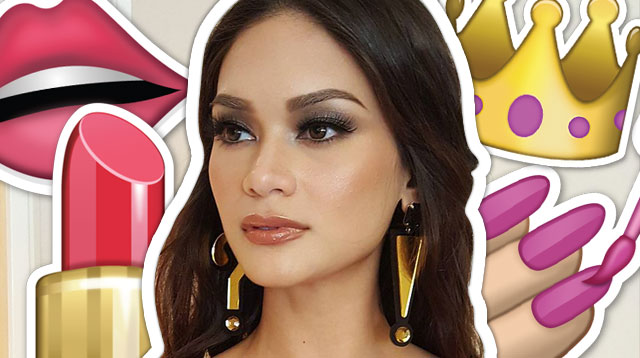 Pageant girls are known for doing their own makeup for the competition, but even the most successful beauty queens still need guidance from the pros. We spoke with MAC Cosmetics Philippines Affiliate Artist Gerry Penaso, who's been doing Pia Wurtzbach's makeup even before she joined Binibining Pilipinas in 2013.

When the beauty queen finally bagged the Binibining Pilipinas Universe crown in 2015, he took on the role of training her. He revealed that while she already knew makeup basics, he still had to correct and refine some of her techniques.

"I introduced her to MAC Cosmetics Philippines. She's a MAC girl and everybody in the brand loves her. They have been generous in supporting us with tools, up until she left for the Miss Universe pageant,” he said.

“I also produced photo shoots for her and would train her during each makeup session. It’s like hitting two birds with one stone—we would do makeup training during photo shoots and the photos would be used as Miss Universe materials," he added.

Despite being under hot studio and stage lights, Pia's makeup was always  ~*flawless*~. “Whether it’s for a pageant or for bridal, it’s all in the base—the products and application,” he said about the beauty queen's no-budge look.

“Use products that are long wearing—and give your skin a few minutes to absorb each layer of concealer and foundation. Let it dry on its own before setting it with powder. You may also use a fan or blower to help the products settle. If it’s for a big or special event, take your time,” he explained.

Gery also said that while makeup sealing products are great, having a reliable touch-up kit is still the best.

Here’s something we were surprised to find out: They didn't actually create a particular look for Pia on the night of the pageant. "The main goal of [makeup] training is NOT limited [to] teaching her the most beautiful makeup look for the big night. The main purpose of training is for her to be able to put together different looks by herself and be her own professional makeup artist. After all she is on her own,” he said.

Fun fact: Did you know that Gery was coaching Pia up to the coronation night through Whatsapp? He even shared this video on his Instagram with the caption, “5:15am, guiding P, she's doing her makeup now, thank you whatsapp!!! Hahaha.”

Gery also revealed the slew of products which Queen P used on her face. To score the gorgeous highlight on her face, the beauty queen used MAC Strobe Cream as her base and amplified it with MAC's Mineralize Skin Finish in Soft & Gentle. For her lips, Gery explained that Pia was given a lot of lip products, and it was up to her to mix and match the shades.

And about those flawless brows? “I shared with her my personal technique,” he said. The makeup artist usually combines three shades of brow products to create dimension. “I use MAC Eye Brows in Fling—the lightest—on the inner corner, MAC Eye Brows in Lingering to fill in the brows, and MAC Eye Brows in Spiked—the darkest—on the tails, because those get washed out in photos."