Doutzen Kroes Was Four Months Pregnant When She Shot This Perfume Ad?!

You better believe it! Victoria's Secret Angel Doutzen Kroes was preggers when she shot this racy perfume ad for Calvin Klein's Reveal. Four months pregnant, to be exact!

The model, clad in a black evening dress with revealing cutouts, starred alongside a smoldering Charlie Hunnam (ICYMI: He was originally cast as Mr. Christian Grey in the upcoming 2015 flick!).

There were obviously no stomach shots of Doutzen (most of the shots were close-ups of her face), but we did get a peek of her sexy back. She even used a curtain to cover her baby bump. The two also starred in a print campaign for the brand, with Charlie covering Doutzen's tummy—check it! 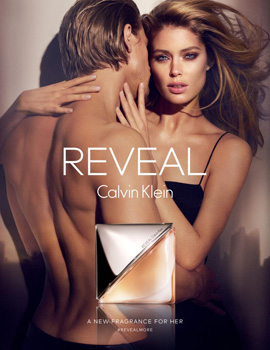 After this ad, we kind of wished Charlie stuck to the original plan of playing Christian Grey (Jamie Dornan was a good replacement, though!). Maybe someone can cast Charlie in another commercial that won't require him to wear any clothing, yes?

Because that, that would be perf.