How Heart Evangelista Deals With Acne And Oily Skin

Even someone like Heart Evangelista has to deal with the consequences of an oily T-zone—breakouts included. However, the actress has her acne-preventing skincare routine down pat. She shares the essential parts of her tried-and-tested beauty regimen. Read about it below!

Proper cleansing is a must for Heart, who cleanses her skin twice to remove makeup. She starts with cold cream, which breaks down the makeup so she can easily wipe it off. She then follows it with cleansing oil to remove the greasy residue of the mineral oil-based cream. 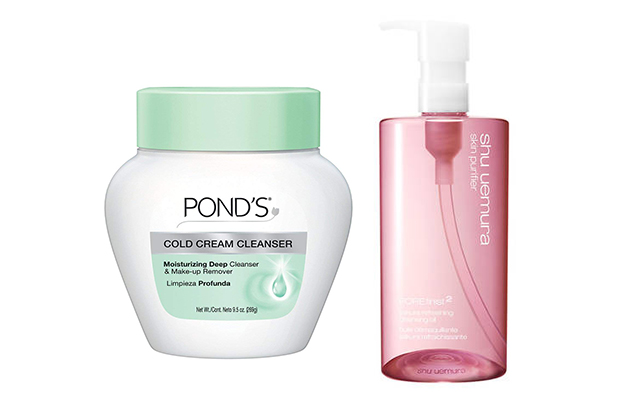 Her acne care routine begins after. Heart tones her skin with a clindamycin toner prescribed by her dermatologist. "I don't put it on my whole face, just where I usually break out, so on my T-zone," she explains. FYI, clindamycin is an antibiotic that's used to treat bacterial infections. It's commonly used to treat acne and can be taken orally or applied topically! It's the product Heart swears by for preventing breakouts. She applies it at night after wearing a lot of makeup, or every time she feels her skin is extra oily. "That's how I take out the oil in a certain area," Heart says.

But when pimples actually form, particularly cystic acne, she brings out the big guns. "[I use] Betamethasone, the white cream that they usually put after they prick [your skin] in the derma," Heart shares, noting how she dabs it over her pimples to flatten them.

According to registered pharmacist Michael Cuevas, Betamethasone is a prescription drug that inhibits the normal immune response of our bodies to infection. It's not acne medication per se, but it is commonly used for conditions such as eczema and psoriasis to help prevent and reduce inflammation. Also, the pharmacist notes that using it too often can make you more prone to breakouts, so do consult your doctor before trying it yourself. Heart herself uses it sparingly, "Only if [I] have a big day [ahead]," she notes.

What's your go-to acne-fighting product? Sound off in the comments below!