If you're in the mood for a one-of-a-kind beauty regimen and also have $650 (P33,736.63) to spare, you should definitely book the next appointment for a penis facial. No, seriously. In an interview with Vogue Australia, actress Cate Blanchett revealed that her and Ocean's 8 co-star Sandra Bullock received the treatment last year in New York City.

"[We] saw this facialist in New York, Georgia Louise, and she gives what we call the penis facial," Blanchett told the publication. "It's something—I don't know what it is, or whether it's just cause it smells a bit like sperm—there's some enzyme in it so Sandy refers to it as the penis facial." 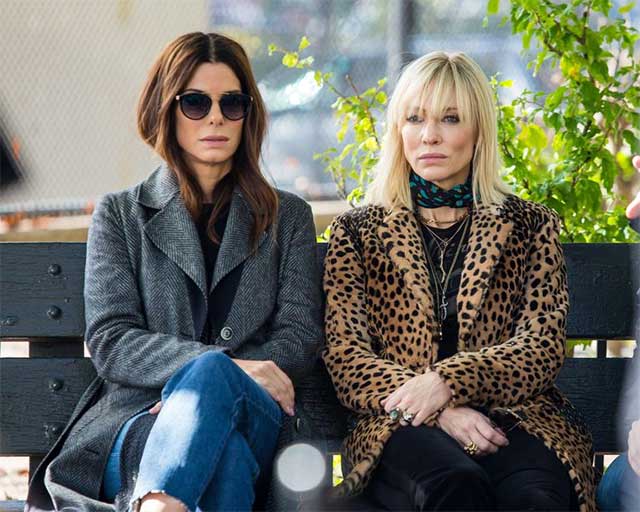 But just to be clear, the facial is NOT the facial you're thinking of (i.e. it's not semen). It is, however, derived from cells from the removed foreskin of newborn Korean babies. Delightful. According to Georgia Louise's website, the treatment is actually called the "EGF Hollywood Facial," but penis facial is funnier to say, so we're going with it. Here's a full description that explains how Louise works her magic:

"The facial includes a cleanse, followed by an intensive TCA peel, micro-needling machine, and an electrifying mask to calm the skin, followed by her 'secret box' of EGF serum (Epidermal Growth Factor). EGF is derived from the progenitor cells of the human fibroblast taken from Korean newborn baby foreskin—which helps to generate collagen and elastin. FDA-approved stem cells and peptides are penetrated deep into the skin using a special electric micro-needling wand. This process allows the active ingredients to be transported deep in the skin by creating temporary microchannel."

According to Louise, it was under-the-radar, and clients had to be "in the know" and on her "A-list" to receive it. But I'm truly glad Cate Blanchett let the secret slip, so now everyone knows the magical and rejuvenating power of ~*foreskin*~. Amazing.