It wouldn't be an exaggeration to say 13 Reasons Why has had an affect on our lives over the last few months. Whether that be the social conversations we're having, the attitude towards mental health, the way we feel we should treat others, or otherwise, it's safe to say it's made quite the impact.

And some people have felt it so much that they've had permanent tattoos inspired by the Netflix original (or just had tattoos already that fitted the show perfectly). Here are 11 inkings if you're after some inspo: 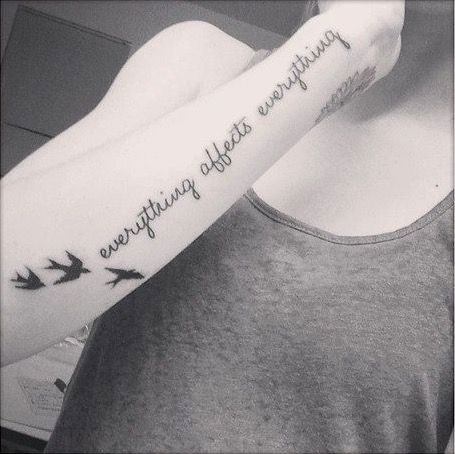 This is actually a quote from the book 13 Reasons Why, written by Jay Asher.