How Long It Takes For Your New Skincare Products To Work

Call it a millennial thing—or a Chloe thing, according to my grandma Barb—but I’m impatient as f—k when it comes to trying new skincare products (and when it comes to doing pretty much anything in life ever). Because if I don’t see my zits disappear by the time I wake up, or watch my fine lines and dark spots and itty-bitty bumps fade into oblivion after three hours, then I pretty much lose faith in that product ever working, which I realize is ridiculous.

And though I know it’s almost impossible for skincare products to transform your skin right away, I still need some sort of timeline—some end goal for me to hold onto when my skin is freaking out or looking, well, blah. And based on the number of texts I get per week asking me these same questions, I’m not alone. So I went out and got answers, and, spoil alert, nothing is a magic bullet.

“You should notice a difference right away, as in whether it’s right or wrong for your skin,” says Mona Gohara, MD, associate clinical professor at Yale. “If your skin feels immediately dry, your cleanser is too harsh for you, whereas a good, suitable cleanser should leave your skin immediately softer and smoother since it’s nourishing your barrier versus destroying it.”

As for acne face washes, like anything spiked with salicylic acid or benzoyl peroxide, “You should see improvement in your current blemishes within a week or two, with full, final results after three months,” says Dr. Gohara, who notes that cleansers don’t actually sit on your skin long enough for them to really infiltrate your pores, so it can take a bit longer to see results. 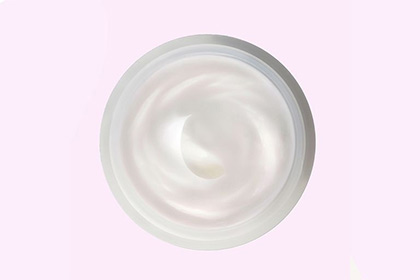 Annoyingly, this one is super grey and murky, because there are so many different types of acne and acne treatments. BUT, if we’re talking all-over acne treatments, like a toner or a moisturizer spiked with salicylic acid (which is lipophilic, meaning “it’s fat-loving, so it works to break down the oils in your pores”) or benzoyl peroxide (“it destroys acne-causing bacteria on the skin”), you should start seeing a decrease in blackheads and whiteheads during the first two weeks.

“You might purge a bit at first after the first or second week, meaning your breakouts could get a bit worse before they level off, but you should notice a significant improvement overall by six weeks,” says Dr. Gohara, who uses this mark to assess whether or not the product is helping her patients. “And if I’m not seeing a total reduction on a patient’s skin after three months, I’ll likely move on to a different product and try something else,” she says, adding that “it takes about 28 days for your skin cells to turn over, so by that point, you’ve given your face three cycles to purge and adjust, meaning you should notice a difference.”

As for spot treatments, like a dollop of benzoyl peroxide on your zit at night, “You could see a huge reduction in size by the time you wake up,” says Dr. Gohara. “Spot treatments are highly concentrated and, if it’s benzoyl peroxide-based, works on both an anti-inflammatory and anti-bacterial level to destroy that zit.” Of course, you wouldn’t want to slather it over a large area, since “they’ll literally destroy your skin barrier,” says Dr. Gohara, but on just one spot, “they can be highly effective after just a few nights.”

We’re talkin’ acne scars, sun spots, and weird hyperpigmentation dots that seem to never go away. And unfortunately, “this treatment is a marathon, not a sprint,” says Dr. Gohara, noting that because there are so many factors that can make marks and spots worse, like hormones, sun exposure, sensitive skin, etc, “treating discoloration on your face is a maintenance thing for life.”

So, you know, don’t expect overnight results. If you’re using hydroquinone, which decreases your melanin production, Dr. Gohara has her patients use for two months on, then two months off, since it can be so irritating, though you should start to see some subtle lightening after two weeks. But if it’s an antioxidant, like vitamin C, which eats up damage-causing free radicals, you’ll have a bit of a slower path, with your spots getting better “after two months,” she says. “But it’s one of my favorite spot faders since it’s so effective and pretty well tolerated by most skin types.” 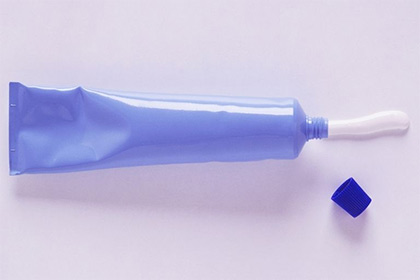 Alright, this is the big one that everyone wants to know about: When, exactly, will you look like your 16-year-old self again? (If, you know, that’s what you’re going for—we say age, however, the hell you want to age, whether that means slathering potions on your skin or lighting the pyre of anti-aging campaigns).

“You’ll notice an overall improvement in the way your skin looks within four-to-six weeks, especially if you’re using retinoids for acne,” says Dr. Gohara. “There’s a ton of growing pains with retinols at first, because there may be a process of initial irritation and flaking, but after that, you’ll very quickly notice a slight reduction in fine lines, a more evened-out skin tone, faded discoloration, fewer breakouts, and smoother skin.”

As for wrinkles? “It’s going take much longer for the collagen production in your skin to increase, and you’ll never notice its biggest side effect, which is a decrease in collagen breakdown—AKA the actual anti-aging effects that happen under your skin,” says Dr. Gohara. “You’ll never get complete reversal of all wrinkles and aging, but you’ll see your fine lines fill out, and your deep wrinkles soften after just four-to-six months of consistent use.”