Can’t get enough of the New Moon star? Read on for more fun facts about the hunk who plays Edward Cullen!
by Cheekie Albay | Nov 24, 2009
Post a Comment
With the much-awaited release of New Moon in theaters, the whole female population has once again gone gaga over Robert Pattinson, who plays Edward Cullen, the Twilight saga’s brooding, handsome bloodsucker. Want to show you know Rob better than anyone does? Brush up on your trivia and show off the next time you and your girlfriends powwow about R-Pattz!

1. The New Moon star has always wanted to be a pianist. “I’ve played the piano since I was five and I’ve always fancied the idea of playing in bars in the south of France. I think that would be the coolest job,” he confides to Mirror.co.uk. Swoon!

2. R-Pattz’s worst disguise? Drawing a hood over his head and acting like a whack job while in Vancouver shooting New Moon. “They have this thought that no one there wears hoods except for problem people. It’s the only city in the world where hoods are not fashionable. It’s like if you’re wearing a hood, you’re going to mug people. So it’s a boring disguise, but it worked when I wore a hood."

3. Before all the Twilight and New Moon brouhaha, all Rob wanted was to “get a girlfriend.”. Too bad, it looks like Kristen Stewart beat us to it!

4. Want to get a minute of Rob’s precious time? A fan certainly did it by taking her clothes off, as Rob revealed on Ellen. But then again, that fan was immediately hauled off by security as soon as she did her little peekaboo, so we strongly suggest you try something else! [nextpage] 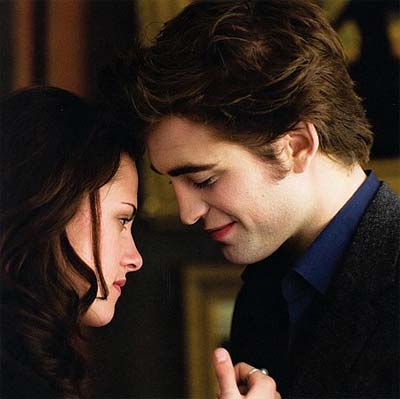 5. We don’t know if you’ve noticed, but one of Rob’s legs is longer than the other, which he says makes him look “like an idiot.” Don’t worry R-Pattz, you’re still sexy in our book!

6. Seeing Taylor Lautner in all his six-pack glory made Rob feel a wee bit insecure. “I thought just having a completely prepubescent body would work out. And then Taylor comes on and I’m like, ‘Jeez, I’m gonna get fired!’” he says on Jimmy Kimmel Live.

7. For all his charming self-deprecation, he’s now in fact $12M richer, after being given a whopping $10M raise for New Moon.

8. With so many female fans screaming his name all around the world, it’s hard to imagine R-Pattz getting starstruck over anyone! But he tells Extra that seeing Jack Nicholson just might do the trick.

9. Rob doesn’t get why girls are so into UGG boots, according to Cosmopolitan.com. Well, he’s certainly not alone!