The sizzling moreno star who never fails to make Pinays melt tells us why he adores Cosmo gals like you!
by Cheekie Albay | Nov 17, 2009
Post a Comment
Featured
It’s no secret that Cosmo chicks loooove Derek Ramsay. He was a Cosmo Centerfold in 2001, 2007, and 2008, even making it to the annual hunk bible’s cover last year. After almost a decade of captivating Pinays from Aparri to Jolo, Derek, now 30, still charms our panties off with just a grin (and of course a peek at that gorgeous, yummy-looking abs of his)!

But did you know that the feeling is mutual? Well, in a way. We were lucky to snag some solo time with the dark-skinned looker at the launch of Century Corned Tuna, so Cosmo grabbed the opportunity to sit down with Derek and make him list 10 things he loves best about the ladies. All we can say is, lucky Angelica! 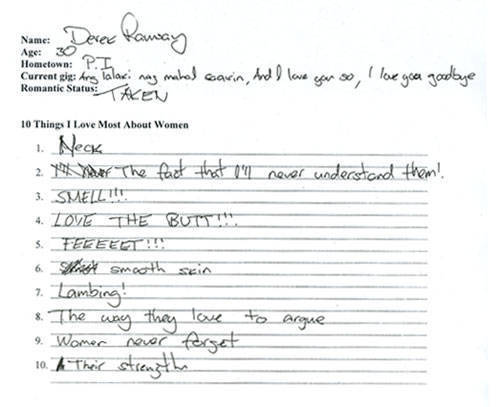 Click on the view gallery button below to see pics of the in-demand endorser at the Century Corned Tuna launch. For more of the devilishly handsome Derek, watch CosmoTV's exclusive video interview, where we ask him about fitness, food, and whether he’s ever experimented with food during sex! Naughty, naughty!188
Continue reading below ↓
Recommended Videos
Continue reading below ↓
Read more stories about