Remember Motorola? The brand behind some of the ~*coolest*~ phones from the early 2000s? It was acquired by Lenovo back in 2014 and now it’s saying “hello” again as simply Moto.

Aside from its chic, new name, Moto also unveiled its newest smartphone series—the Moto Z, Moto Z Play, Moto Mods, Moto G Family, and Moto E Power—and first Filipino ambassadors on Oct. 20 at the City of Dreams Manila. Can you guess who they are? Yup, they’re no other than our September cover stars Nadine Lustre and James Reid! 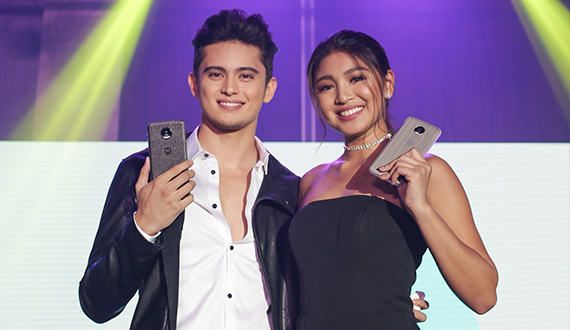 We asked Lenovo Mobile Business Group Philippines Marketing Manager Vincent dela Cruz why they chose #TeamReal to be Moto’s newest faces, and here’s what he revealed: “We want to tap into that very youthful and vibrant spirit that James and Nadine project. We believe that as our ambassadors, they will be able to share the passions and innovations that Moto stands for.”

There’s no doubt that James and Nadine are the perfect tandem to represent Moto’s fresh new direction. They’re tech-savvy and undeniably the biggest stars RN! This left us wondering, what is it about Moto Z, Moto’s flagship smartphone, that made JaDine fall in love #InASnap? And why is it a must-have for all Cosmo girls?

Tired of having to pass your phone from one friend to another just to show them your photos and videos? Then just turn any blank wall into your own big screen with the Moto Insta-Share Projector Mod. It can project up to 70-inch images, comes with 1 hour additional battery life, and even has an integrated kickstand. No wonder Nadine loves it! 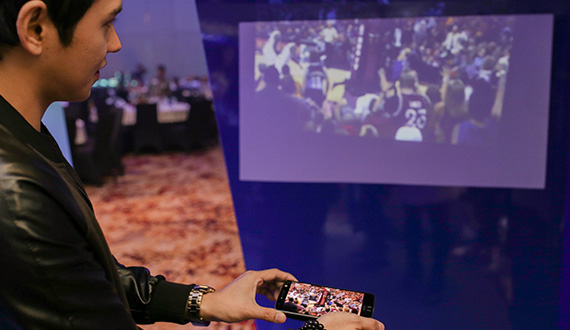 2. It lets you take things up a notch.

3. It can keep up with your lifestyle.

If you’re like James and Nadine who love traveling, you need a phone that won’t bail on you after a few snaps. Don’t worry, Moto Z has 4GB of RAM, 64 GB of internal storage, and up to 24 hours of battery life for the thousands of photos and videos we’re sure you’ll be taking! 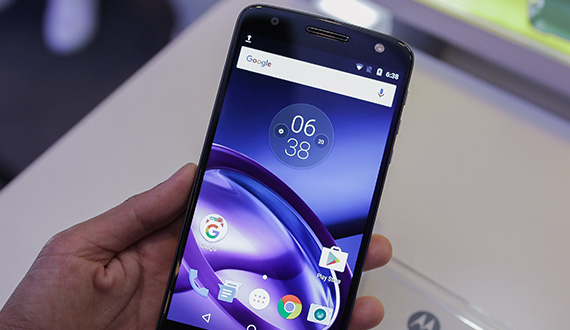 4. It adds oomph to your look.

Since you practically bring your smartphone with you everywhere, why not use it as an accessory? With the Moto Style Shell Mods, customizing your Moto Z or Moto Z Play is easy. Just choose from real wood, leather, or ballistic nylon back shells, match it with your ensemble, and you're good to go!

The Moto Z starts at P33,999, while the Moto Mods range from P4,999 to P14,999. Get your own unit at selected MemoXpress and Silicon Valley outlets (SM North EDSA, SM Megamall and SM Mall of Asia).

This article was created by Summit Storylabs in partnership with a Sponsor.
Shop the items in this story!
More From