Close
WATCH OUR VIDEO SERIES!
© 2021 Cosmopolitan Philippines
Sorry, no results were found for
Follow Pantene on

Whether it's designing her own makeup line, raising awareness and funds for her advocacies and charities, or fighting crime on the big screen, 33-year-old Anne Curtis is a superstar at anything she does.

She also calls herself a "Pursuer of Dreams" and "Dream Maker" in her IG bio. And she means business when she points out a real concern: "dream shaming" or discouraging others from dreaming because of their "looks, economic status, or anything they have no control over." Her response is to found the Dream Machine, a "platform that stands both as a voice against dream shaming and as an enabler to make dreams come true." Anne might as well be a fairy godmother IRL.

She walks her talk for sure. For over two decades now, the country's sweetheart and well-loved celebrity has been amazing us with her countless professional achievements and personal milestones. We're sure there will be more, but right now here are the highlights that prove her strength and resilience, stopping at nothing to tick off every item on her bucket list:

1. She finished the London Marathon.

Last April, Anne completed one of the most difficult marathons in the world, running 42km in five hours in spite of the unusual heat. "I had a hard time breathing, felt dehydrated, the sun was beaming intensely and at one point I wanted to give up (I know. So dramatic) but I knew I was running this for a cause," she wrote in an Instagram post. Anne did it to represent UNICEF Philippines' "Filipino Youth" mission. Leading up to the London marathon, Anne launched a fundraising campaign for the children in Marawi who had been caught in a five-month war. In just a few weeks, she was able to raise P507,000, which exceeded her target by 603 percent.

2. She married the love of her life without giving up her career.

After eight years of dating YouTuber and restaurateur Erwan Heussaff, ErwAnne finally exchanged their vows on November 12, 2017. The outdoor ceremony was held on the beautiful hills of Walter Peak, New Zealand, putting all other destination weddings to shame. Besides being #WeddingGoals, they’re also pretty much our relationship peg because of their patience and understanding of each other’s careers and priorities. Imagine: She put off her honeymoon in South Africa to hold her concert and promote her two Cinemalaya films, and her husband was cool with it! 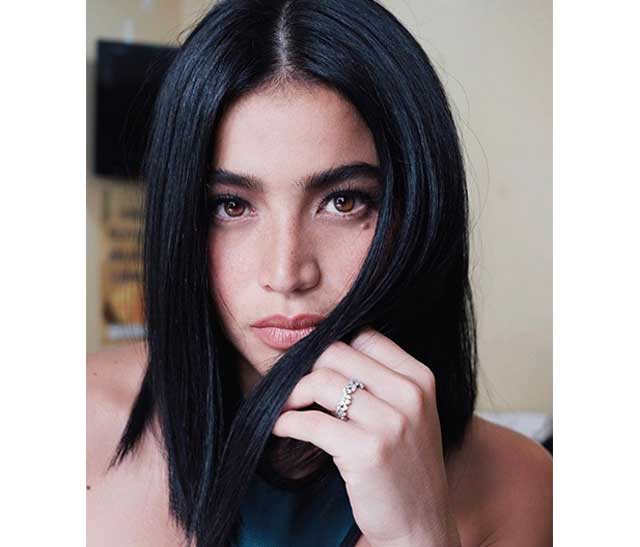 3. She launched her own makeup brand.

When it was released last year, Anne’s BLK Cosmetics was a total hit. With the tagline “uncomplicated beauty,” BLK Cosmetics features products that are timeless yet trendy. According to an article published on Preview.ph, Anne, who is also the creative director of the brand, was very hands-on and involved with the project. She was on top of everything—from the planning, the package design, down to the pigmentation of each of her best-selling lipsticks. Recently, she brought her friends and influencers to Australia to launch BLK Travels.

4. The self-confessed non-singer was on fire at her AnneKulit concert—her third.

She's been bashed and criticized for her inability to sing well, including a comment from international award-winning singer Lea Salonga saying, “She's still not a singer (which she admits openly). But her intonation is improving.” But Anne has continued to soldier on in pursuing her dreams of being a concert star. She even gamely acknowledged Lea's comment by replying "I'm so KILIG! That's a major achievement na for me Haha." Just recently at the Araneta Coliseum, Anne gave a smashing, star-studded performance for her third concert, AnneKulit: Promise Last Na ‘To. It’s her big way of celebrating her 21 years in the limelight.

5. She kicked ass in BuyBust.

The 2018 Cinemalaya Film Festival opened with Erik Matti’s BuyBust, a month after it premiered to good reviews at the New York Asian Film Festival. Anne played the lead character Nina Manigan, an anti-drug agent who gets entangled in the hellish drug den of Manila. The film is lauded as the best of its genre, and is acclaimed by international and local critics alike. We already know that Anne is a talented, versatile performer, but we were all blown away by her performance in this movie. We can’t imagine the hard work she put into doing her own stunts. 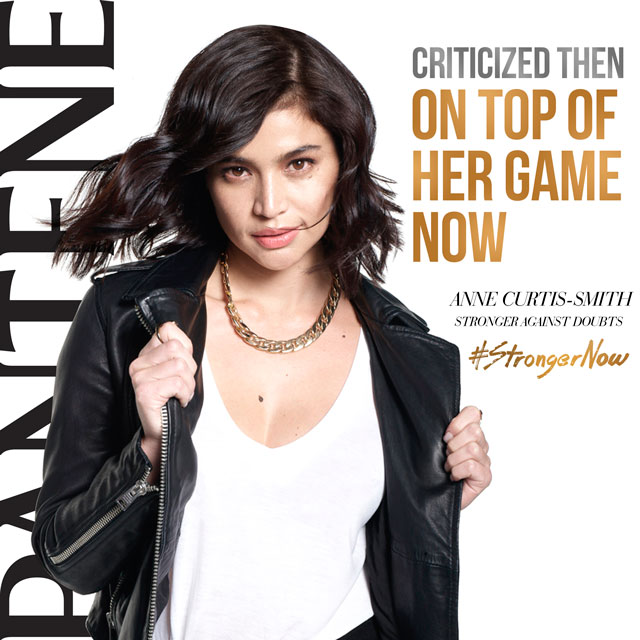 Through her determination, passion, and hard work, Anne shows us that we can achieve anything we put our hearts into. She’s been unstoppable ever since she started her career, and only becoming stronger through the years is nothing short of inspiring.

Anne Curtis always achieves what she sets her mind to do, and she always pushes the boundaries of her limits to come out #StrongerNow. Join the movement to be #StrongerNow with Pantene. Celebrate the modern Filipina by being empowered enough to overcome challenges and find fulfillment.

This article was created by Summit Storylabs in partnership with Pantene.
Shop the items in this story!
More From Pantene