With the hit show premiering its second season on HBO (February 11 at 11pm!), find out what's in store for Jessa in this exclusive Q&A we scored.
Feb 11, 2013
Post a Comment
Featured

Jemima Kirke plays Jessa in HBO’s breakout comedy, Girls. The 27-year-old painter and actress had worked with Girls creator Lena Dunham before, in the 2010 indie film Tiny Furniture. But it's really in Girls where she became a household name as the live-and-let-live bohemian Jessa.

With the TV show premiering Season 2 at 11pm (February 11, 2013) on HBO, Cosmo got access to Jemima's must-read Q&A where you can read up on insider details about working on the set and playing her character.

Q: Your character—the wild one—is the first one to tie the knot?

JK:  Yeah, well I think that’s it. I think you said it [laughter]. She ties the knot because she’s a bit of a loose cannon and I think everyone knows as soon as we see her that this marriage isn’t going to be in it for the long run. This is more of a performance than anything else.

Q: You weren’t actually an actor when this started…

JK:  No and I’m still not. I’m a painter and my friend offered me a role on her pilot and I said, 'Alright, I’ve got nothing much else going on right now. But it’s not going to get picked up is it?' [Laughs] And she said 'No, no, probably not and I won’t give you a big part if it does.' And this is what happens… 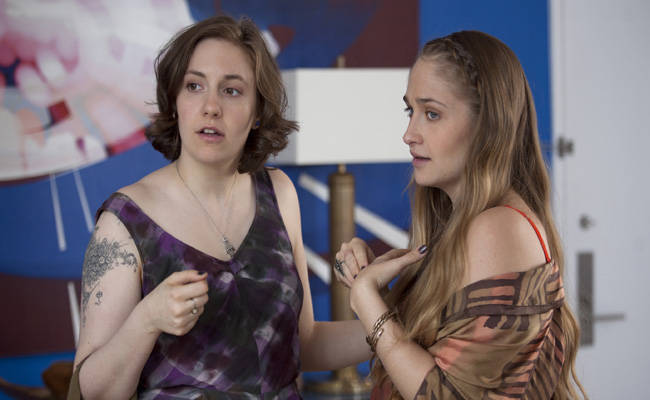 JK: She remembers it…okay so the way she tells it we met at a school dance. She came up to me in the bathroom and was like 'I know about you and I think you're really cool and I really like your top.' I was cool in High School. I smoked cigarettes and I wore real rock and roll T-shirts, and I didn’t brush my hair, and I skipped school all the time. I was that kid. Plus people like an accent, especially kids. So I was different. I felt like my whole life I was like the new girl.  So maybe people talked about me.

Q: Are you surprised—knowing Lena all these years—that she got a hit show at the age of 24?

JK:  It is surprising… She came to school in a completely different outfit every day—one day she would be goth, the next day she would be preppy, and I picture her hopping from table to table in the cafeteria, saying hi to everyone. I always thought she was going to be some sort of writer, but more maybe a columnist for a fashion magazine or something. But you know, Lena used to do funny things—like she did stand-up comedy like at a bar when she was 16 and had some awful jokes. [Laughs] Really awful stupid jokes where she would end up pulling little chicken cutlets out of her bra and things like that… She was a strange girl, did the most ridiculous and nerdy things, but was so confident. You knew she was going to do something. I just didn’t think it was going to be this mainstream, let’s put it that way.

Q:  Is your character based on you?

JK: She’s a caricature of how Lena would see me, in school. If I was writing me, that wouldn’t be me. Sometimes she does borrow from my life for the script so I do understand some of Jessa’s behaviours. Some of the clothes in the pilot were mine. My mum owns a vintage shop, so I have lots and lots of vintage clothes. I was slightly hampered by having to wear tents because I was so pregnant. Now I want to wear hot pants. I am hopeful.

Q: Has working with Lena affected your friendship?

JK: I don’t think anything serious or lasting for the worst. There have been hiccups, where we’ve both been under stress working together and naturally we’re going get pissed off at each other but we always sort it out. I feel like I know her better.  It’s a side of her, this really professional serious side that I would never get to see if I just knew her as a girlfriend. 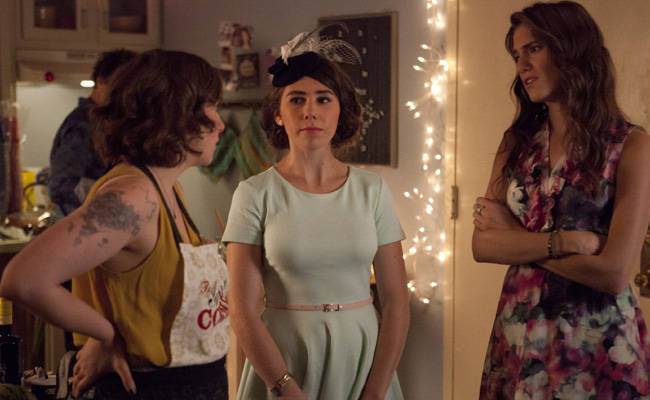 Q: Having a family and two kids, can you still relate to where the characters and girls are?

JK: I know what you mean. Some days it’s a bit hard to do a scene about a text message conversation, or someone not calling me back when I’m actually worrying about my kid’s schooling or something. But it’s also a luxury to be able to go back there for a bit as well.

Q: Do people come up to you in the street?

JK: Yes… It’s insane. Most of the time they just say: are you Jessa from Girls? I love your show. Sometimes they say I am their favourite character; I’m like, yeah right. I think I might have a similar thing to Jessa, of doing my porcupine needles. When someone comes near me, I am like, 'be intimidating so they don’t talk to me.' I think maybe Jessa does something similar.

Q: Did you help to tattoo the other girls in the cast?

JK: Yeah, some of them. Zosia and Lena. Allison—no way. She would never let me. I’m not like a tattoo artist; I just stick and poke with a needle and ink…

Q: So now the show is a big hit, are you going to stick with acting?

JK: I do enjoy it, and I am technically a professional actor now but I don’t feel like it’s my vocation. I just feel like I fell into it and this is what I am going to be doing now for a while. I get a lot of people just sending me scripts to read. Sometimes I’ll start reading and then halfway through I think, 'What am I doing?' [laughs]  I don’t want to be on the red carpet. I am a painter, that’s what I do. That was my 9-5 before this and hopefully will be again. But for now, it’s just my in-between.

Catch Jemima Kirke as Jessa Johansson in the second season of GIRLS when it premieres on Monday, February 11, 2013, at 11pm on HBO/10pm HBO HD.

Curious to find out about which Girls character you resemble most? Take this quiz now!