Tell us what you think about Jack 'n Jill Calbee

Fact: Korean dramas have taken the world by storm. Their popularity among fans is so intense that they can't even wait a day to stream the next subbed episode of their favorite show.

And, we totally don’t blame them: Our obsession with K-dramas is pretty extreme as well. But since there's always room for improvement, here's a short guide to being a better fangirl!

Greeting people the Korean way
Bowing is the traditional way to greet someone in Korea. For men, it's usually accompanied by a handshake, where your right forearm is supported by your left hand. For women, a slight nod instead of a full bow is practiced. Although you've probably already observed these in your K-dramas!

Getting hyped with K-pop and K-drama soundtracks
Most K-drama theme songs are K-pop hits, and sometimes, they're sung by Korean idols who play the lead or supporting roles on the show. If you're a K-drama fan, it's an excellent way to get yourself pumped up for the day!

Learning Hangul
You'll easily get used to the accent after watching a few K-drama episodes. Master the language, and maybe you can sub the lines of your favorite oppa in a drama someday!

Wearing K-fashion
The wardrobe of your favorite K-drama unni is always on-point, so copying the way she dresses is both fun and satisfying.

Saving up for a trip to Korea to visit popular K-drama locations
This is one of the ultimate goals of a true K-drama fan. Seoul and Jeju Island are pilgrimage sites, and stepping foot in the cafes and parks can satisfy our K-drama obsession.

Attending Hallyu stars’ fan meetings
If Korea is the Mecca of K-drama fans, seeing the lead stars in the flesh is the ultimate fulfillment of our K-drama fantasies. If we can actually shake their hands, take selfies with them, and have them sign our K-drama collectibles in a fan meeting, we'd probably explode on the spot.

Stocking up on your favorite Korean food
The easiest way to satisfy your K-drama obsession is to eat what your idols are eating! After having your fill of kimchi, galbi, and bulgogi, dig into a bag of Calbee Honey Butter Potato Chips for a savory-sweet end to your meal. It's a delicious way to realize your K-drama dreams. 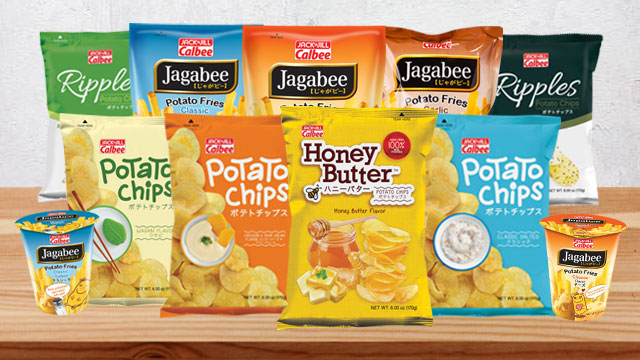