AC Bonifacio never fails to catch the attention of the crowd, especially with her A+ skills in dancing. As an avid K-pop fan, the 18-year-old performer is known for her super ma-effort K-pop dance covers (she even recreates the looks from the songs' music videos!).

Recently, AC had a successful fangirl moment on TikTok. She uploaded a short video of her dancing the choreography of "Butter", the new single released by BTS. And to her surprise, the group's official TikTok account liked her post!

AC was extremely happy over the news that she posted her reaction on Instagram Stories and Twitter. "UHM I AM NOT OKAY," her Instagram Stories read. If the world's biggest boy band liked our dance cover of their song, we would definitely react the same way!

It's a common fact among fans that the official TikTok account of BTS hits *Like* on a couple of other people's TikTok covers of their songs, which is a huge recognition already, partly because your video will show up on their Liked Videos (their account has 34 million followers as of writing, which is A LOT of people). And there's also the possibility that it was actually a BTS member who saw and liked your video, which is pretty major. Sometimes, the members themselves even leave encouraging comments on fans' videos! 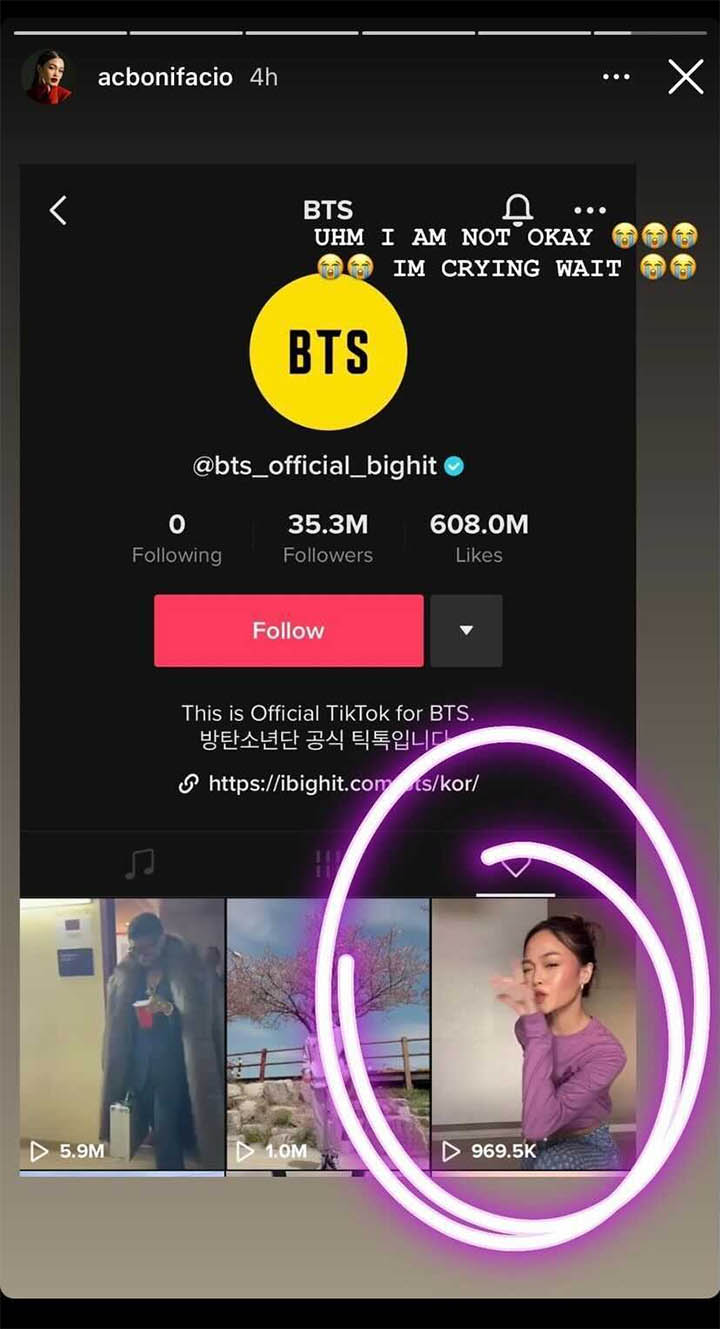 In 2020, AC also won second place in a dance cover competition by YG Entertainment, aka the entertainment agency that formed groups like BLACKPINK and 2NE1. Most recently, she was also selected as the representative of the Philippines for the dance video of "Going Dumb", a collaboration between Alesso, CORSAK, and K-pop group Stray Kids.

Outside of K-pop, AC landed the role of Star Vixen on Riverdale and appeared in an episode where her character had an iconic dance battle with Cheryl Blossom.