Ever wondered where the Pinoy heartthrob is and what he'll do next to sweep Pinays off their feet? Cosmo last spotted him in his new home network--with a fun new show!
by Dawn Niekamp | Aug 17, 2011
Post a Comment
Featured 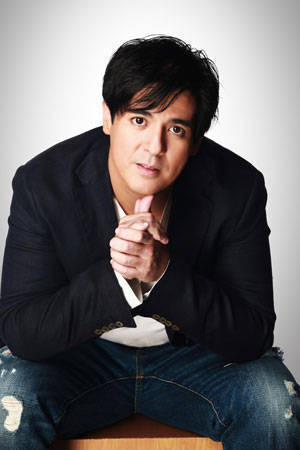 Before Cosmo even started naming Cosmo Centerfolds--the 10 hottest male celebrities year after year--actor Aga Muhlach was already making Pinay hearts melt in his 61 movies and several TV shows. And just as age is nothing but a number to timelessly beautiful women like Eula Valdes, so it is for the perennial showbiz heartthrob who turned 42 last Friday, August 12, but is still breathtakingly gwapo. The original boy-next-door of Philippine showbiz has kept that irresistible charm that makes Pinays of all ages feel kilig up to now.

He's been paired with the top leading ladies of showbiz from the '80s, '90s, and now your current fave actresses like Angel Locsin, who recently starred with him in the romantic film In The Name Of Love. We're sure you've noticed that Aga took a brief time off the spotlight, so you must be wondering: Where is Aga? We can tell you he's now with his new home network, TV5, which, incidentally, has created a popular TV remake of his well-loved movie Bagets (his younger brother AJ Muhlach made his acting debut in the remake, now on its second season.)

But as for his exact whereabouts, well, that's the big secret: Last Sunday, August 14, he left for "destinations undisclosed" by TV5, for his new travel show Pinoy Explorer. And, to drum up interest for the show, TV5 launched a "Nasaan Si Aga?" text and Twitter promo, which would run from August 10 to September 1.

The challenge lies in guessing where Aga is going via clues that will gradually be revealed in newspaper print ads and through the promo's official website. Be part of the fun and start guessing through mobile and Twitter!