Albie’s words come after a series of Facebook posts and tweets went viral, with victims telling their stories and gathering the courage to speak up against their abusers.

"I have no motive for posting any of these posts, I'm just so sick of the abuse and mistreatment women in this country receive. Enough is enough, no more victim blaming, no more rape jokes, no more harassment." 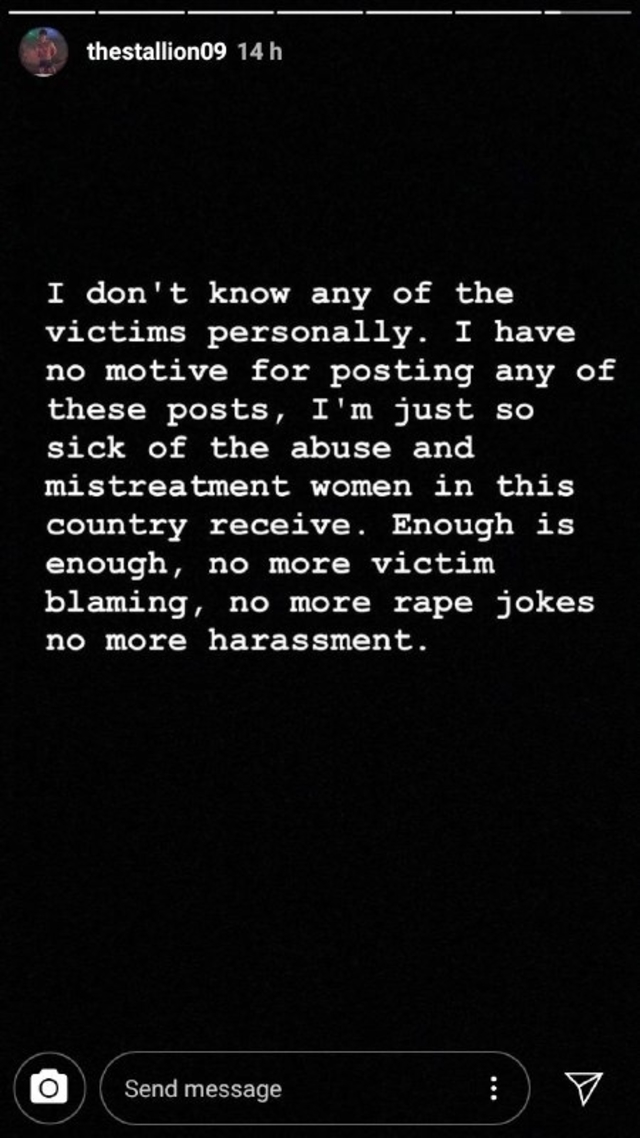