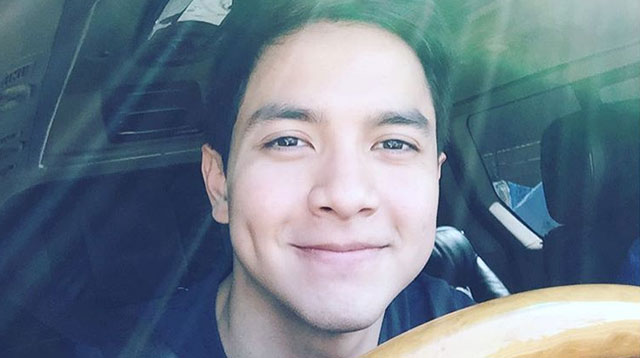 1 Alden Richards went all out for Maine Mendoza’s birthday getaway in Boracay! The former Cosmo hunk revealed that he went as far as renting a private plane for his on-screen partner, instead of just booking regular tickets, because he really wanted to surprise her. HOW SWEET! (PEP)

2 Check out the most adorable photos of the Royal Family having fun in the French Alps! According to their official Instagram account, this is the family’s first vacation together and the kids’ first time to play in the snow. Cute!

3 Happy Tuesday! Do enjoy these insanely hot topless photos of your boyfriend, Zac Efron, on the set of Baywatch. Or shall we call it Baewatch?

4 Is the drama over? PEOPLE magazine reports that Blac Chyna and Rob Kardashian have split, putting an end to their whirlwind romance that began last January. Sources claim that the couple had a fight after moving in together, just a few weeks after going public with their relationship. While the two have not confirmed or denied the rumors, Rob has removed all traces of their relationship from his social media account, while Blac Chyna posted then deleted a meme about being single on her Instagram page. (PEOPLE)

5 Happy International Women’s Month! To celebrate, we at Cosmo are doing The #LikeYourself Project, and we're asking you CGs to not be afraid to like your own post. We encourage you to post a selfie, quote, video—anything really—and like it yourself. Tag five friends who want to do the same and spread the love. Don’t forget to use our official hashtag #LikeYourself!