Woah, Alden Richards And Maine Mendoza Had A *Meet-Cute* As Teens Before They Became AlDub

Here's a throwback for all #AlDub fans.
by Cass Lazaro for Candymag.com | Aug 2, 2022
Post a Comment
Featured

There are so many new Gen Z love teams making our hearts flutter nowadays, but back in 2015, Alden Richards and Maine Mendoza’s phenomenal pairing AlDub really set the standard high when the viral Eat Bulaga on-screen duo got the audience to live-tweet like *crazy* (FYI, they made a record-breaking 40 million tweets on the day of their Philippine Arena meetup).

While Maine recently announced her engagement with her longtime beau Arjo Atayde, our fangirl hearts will forever treasure the memories she's had with Alden! “Congratulations! You gave us our own version of a fairy tale love story when you gave us AlDub, and now you are living your own happily ever after,” wrote one fan, who handled her fangirl heartbreak like a sport.

That said, here's an AlDub fun fact! Did you know that the pair’s first-ever meet-up wasn’t actually in Eat Bulaga but rather in one of our Candy Fairs? Yup, you read that right! Alden was still going by his real name Richard Faulkerson then, joining our ~*swoon-worthy*~ lineup of Candy Cuties back in 2010! Maine, once a teen fangirl, attended a Candy Fair event and even had her picture taken with the Kapuso heartthrob! The pic may have been blurry, but it was magical nonetheless. So cute! 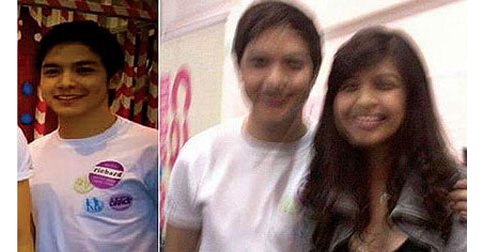 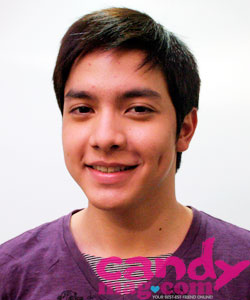 Who would’ve thought that five years later after that meet-cute moment, they'll go on to be one of the country’s biggest love teams ever, right? A scene deserving of its own movie, if you ask us!

Missing the Candy Cuties? Just like Alden, the next generation of the metro’s cutest and most talented guys will make your heart flutter! Click here to get to know them and watch their Candy Firsts episode below: