ICYMI, Andrea Brillantes went viral recently for a TikTok video that a clothing company uploaded where she was seen receiving a delivery from them. In the short video, the 19-year-old actress looked noticeably annoyed as she got the package from the delivery guy.

This did not go unnoticed by netizens, who commented that she looked angry or irritable in the video. 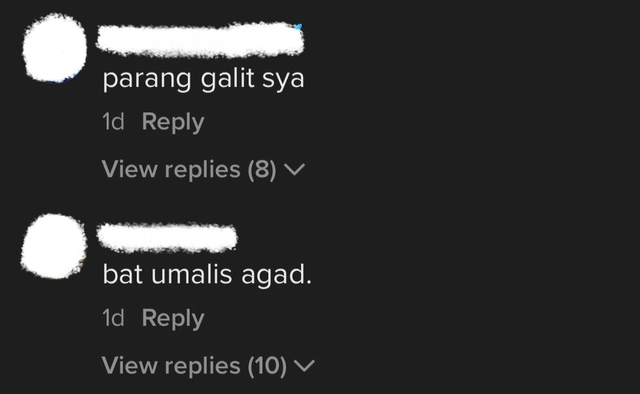 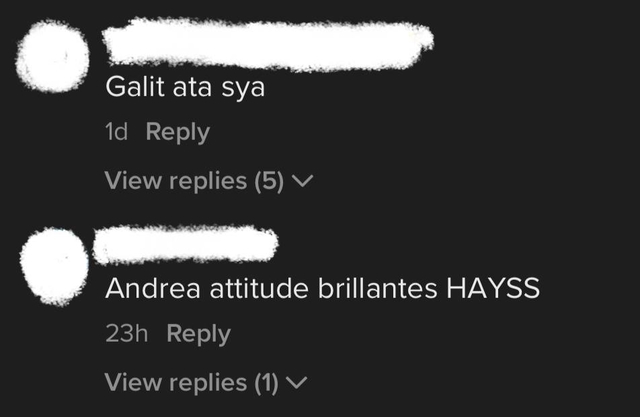 One netizen commented, "AHAHAHAHA parang masama loob," to which Andrea replied with a video to *explain* her side.

The young actress confirmed that she was irritated during the interaction, due to the delivery man insisting that they take a picture without a face mask. "To be honest, yes. Actually, medyo bad trip ako niyan," she revealed.

What irritated her even further is when the delivery man kept asking for a picture and requesting to do the "two joints" pose. ICYDK, it's a hand gesture for an illegal substance. It's been made popular by presidential candidate and Manila mayor Isko Moreno, who explained that it's only a sign of his tandem with running mate, Dr. Willie Ong.

The clothing company later clarified in a pinned comment on the original video that Andrea wasn't mad and that she *did* say thank you after receiving the package.

"Hindi po sya galit, may mga tao po na nag ask if pede nya tanggalin mask and since we’re still [in a] pandemic, she said no and yes po she said thank you,” they wrote.