1 For the first time in five months, Andrew Garfield and Emma Stone were photographed together again! The two were snapped looking totally casual leaving a grocery store together in Southern California. The pair took a break from their three-year relationship last month, but they have been spotted cozying up to each other around California in the past few days. #MayForever, guys!  (E Online)

Emma Stone and Andrew Garfield Head to Grocery Store, Are Photographed Together for First Time in 5 Months http://t.co/9YsnM5sEHN

3 Holy cow! Check out Harry Potter star Matthew Lewis—yup, as in Neville Longbottom—lookin' pretty fiiiiine on the cover of Attitude magazine. 10 points for Gryffindor, we say!

4 Were you there at the #CosmoSummerPopUp this past Saturday (May 23) in BGC? Cosmo girls got goodie bags from Cosmo x Century Tuna and snapped photos with these hunks:

As part of its 18th birthday celebration, Cosmo also held a party at Valkyrie on Thursday, May 21, where Cosmo Hunks, Cosmo's 8 Sexiest alumna, celebs, and radio personalities chilled out to good music and unlimited drinks. There were Cosmopolitans, of course! 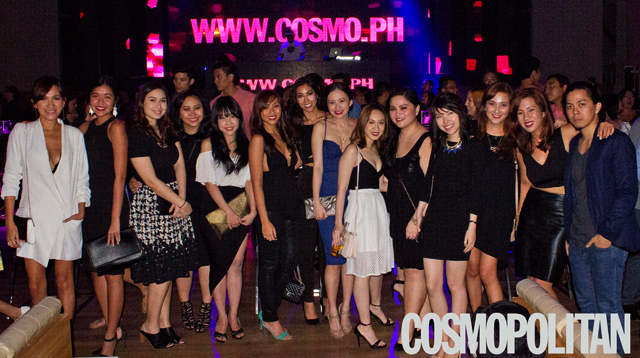 5 Huge news! Ireland is now officially the first country in the world to legalize same-sex marriage by a national vote. The decision came after 62.1 percent of Irish citizens voted "yes." You go, Ireland! (TIME)