In honor of Carlo Aquino's 33rd birthday, Angelica Panganiban just posted a photo that will make you feel all kinds of kilig! In the IG pic, the duo lovingly hold each other. Angelica captioned it, "Sayo lang hindi nagbago ang salitang pagmamahal. Maligayang kaarawan @jose_liwanag." Aww!

It's only been a few months since Coleen Garcia wed Billy Crawford, and she's loving the married life!

In an interview with PUSH, Coleen said, "I'm still kind of getting settled in. I think it's really a process. For us right now there's no better feeling really and to have a partner that you know you’re going to spend the rest of your life with, it really changes everything. Kasi everything you decide, everything you think of, everything you do, you put the other person into consideration."

She further stated that getting married has made her more "determined to reach her dreams." "Marriage hasn't really changed where I want to go in my career actually. I still have my own goals, my own dreams, and I plan on pursuing that still."

3. Check out Martine Cajucom's gifts for her bridesmaids

"It Girl" Martine Cajucom has revealed what she's gifting her bridesmaids! Her ~bridesmaid merch pack~ consists of a few of her favorite things such as the Internet-famous RMS Beauty Living Luminizer, Sunnies Face Fluffmatte in Milkshake, J.Hannah Nail Polish in Agnes, a Corkcicle tumbler, and a Morgan Lane Silk Eye Mask!

Janine Gutierrez posted a throwback photo of her with Crazy Rich Asians' star Henry Golding. The picture was taken during a Louis Vuitton event in Singapore last year. (PEP.ph)

Local Filipino brand Human Nature has finally opened its first store at SM City North EDSA! Why did it take them nine years to open? Because they wanted the store to be closed on Sundays.

Co-Founder and Chairman, Dylan Wilk, said, "We wanted to help change employment practices not just for our people, but for the millions of Filipinos who wake up every day with no job security, minimum wage, and no chance at a better future." He further explained, "One of the decisions we made was to honor the Sabbath by allowing all our people to rest on Sundays," which he says is integral to changing labor practices. 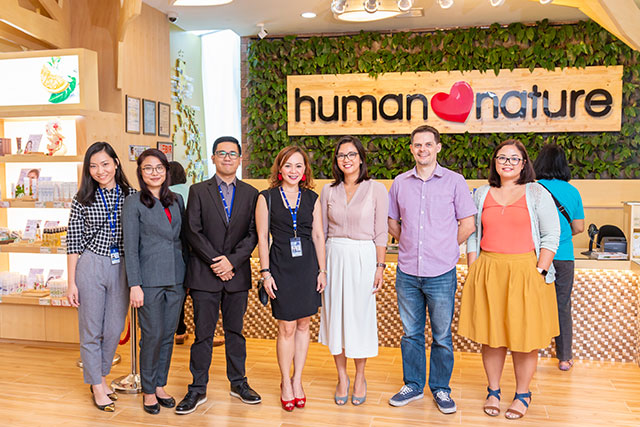 Human Nature is at the 3rd floor of SM City North EDSA-The Block.