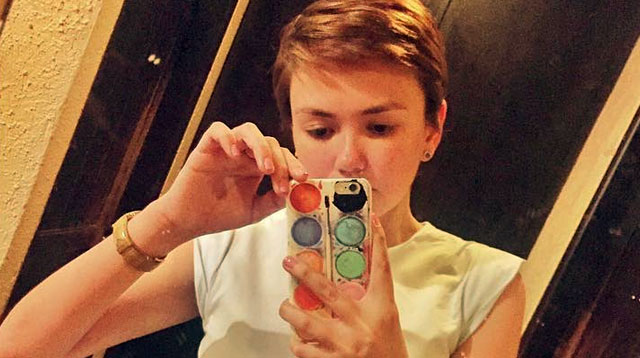 Angelica Panganiban has been recently making all these hugot jokes on her Sunday variety show Banana Sundae.

Over the weekend, the Kapamilya actress’ drastic hair chop in January was the butt of her jokes. In a report by ABS-CBN, Angelica explained the reason for the sudden change during a skit, saying,

If y’all can recall, Angelica cut her hair super short at the height of her alleged breakup with John Lloyd Cruz. But then the REAL reason for hair chop is said to be for her role as Madam Claudia on the soap Pangako Sa’Yo.

Angelica and John Lloyd have yet to make an official announcement about their rumored split.