Anne Hathaway has revealed that she was well aware of that weird period when she was openly disliked on the internet.

The 34-year-old actress—who won an Oscar for her role in Les Misérables the same year some media outlets seemed to turn against her—reflected to Jezebel: "That [negative articles] would catch me off-guard.

"Now, it's not that I've gotten a rhino skin to it, but I sort of see all of that for what it is."

The star admitted that she finds it kind of "weird" that it is still being brought up, and said that she was more than ready to move on from the conversation now.

"I think it's weird that it continues to be talked about a little bit. I understand in the context of this movie [Colossal—in which she plays an out of work online writer] , why it should be brought up," she continued. 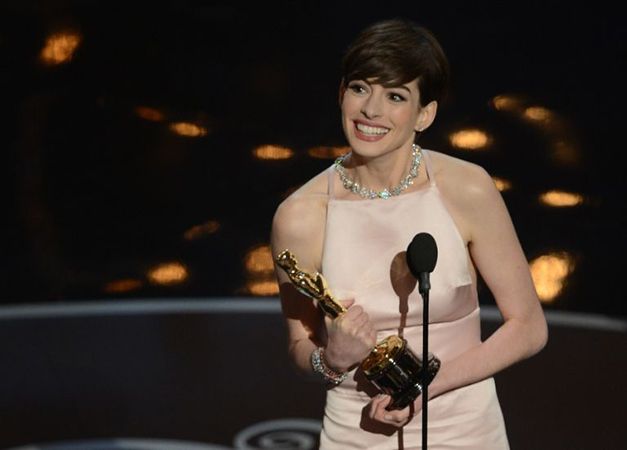 "But it comes up in every interview I do, just about. I am not eager, but I am ready for the conversation to move to a place beyond it.

"I don't have to contextualize all of my stories, all of my experiences through that time. I'm ready for it to be implied, not overtly stated."

When asked whether it changed the way she thought about herself, she added: "It made the pause before I answer this question a lot longer.

"But if anything that anybody said resonated with me as something I'd like to work on for myself, I took it in like that."