1 Arci Munoz and Gerald Anderson are back at it with Can We Still Be Friends?, their second film together by Star Cinema. After starring in the sleeper hit Always Be My Maybe in 2016, the Kapamilya stars take on the roles of ex-lovers figuring out what most of us want to know when dealing with our former SOs: Can we really be friends after breaking up? Watch the teaser trailer below:

2 James Reid and Nadine Lustre are taking on the last days of summer with some super hot snaps in Camarines Sur. While indulging in some down time between concerts, JaDine, along with James' BFF Bret Jackson, lounged in the sand and aboard a speed boat for some R&R.

3 Coleen Garcia, who posted her "road rage" incident during rush hour in Bonifacio Global City on Sunday night, detailed to the police and the media about how an ex-policeman scratched her face and threatened to kill her when her van hit his vehicle. (ABS-CBN)

5 Netflix's new film Okja just debuted at the Cannes Film Festival amid controversy about it being distributed via a streaming service and not released in actual theaters. While it being part of the festival's competing films is debatable, the reception of the Boon Joo Ho-directed film has been all praise—it received a four-minute standing ovation during the Cannes press screening. (Independent) 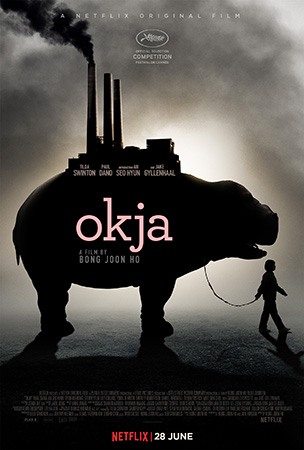 Okja is an animal-rights drama that follows a girl, Mija, whose peaceful life in a province in South Korea is turned upside down when a multi-national company runs after her animal best friend.