Ariana Grande just shared a touching tribute to Mac Miller in the wake of his tragic death, posting a black and white photo of the rapper with no caption. Ariana and Mac had been friends for five years (they first collaborated on "The Way" in 2013) and had dated for two. They made their relationship official in 2016 and called it quits in May 2018.

Ariana has previously been candid about how Mac's substance abuse problems—he is believed to have died of an overdose—affected their relationship. And after the two broke up, she shared a statement online responding to people who accused her of being responsible for Mac's behaviors. 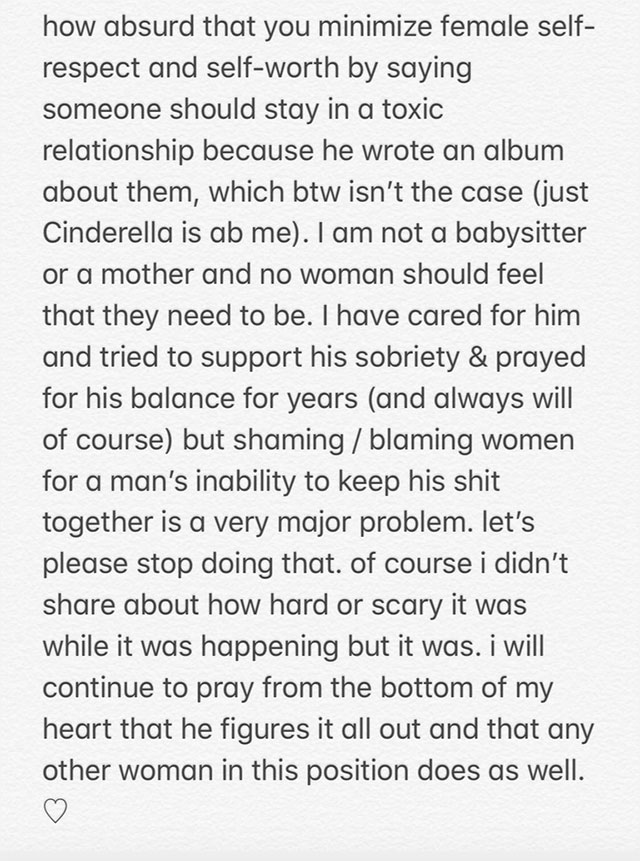 Despite their split, Ariana continued to support Mac, taking to Instagram Stories in May with a sweet message: "Hi! This is one of my best friends in the whole world and favorite people on the planet Malcolm McCormick," Ariana wrote. "I respect and adore him endlessly and am grateful to have him in my life in any form, at all times regardless of how our relationship changes or what the universe holds for each of us!" 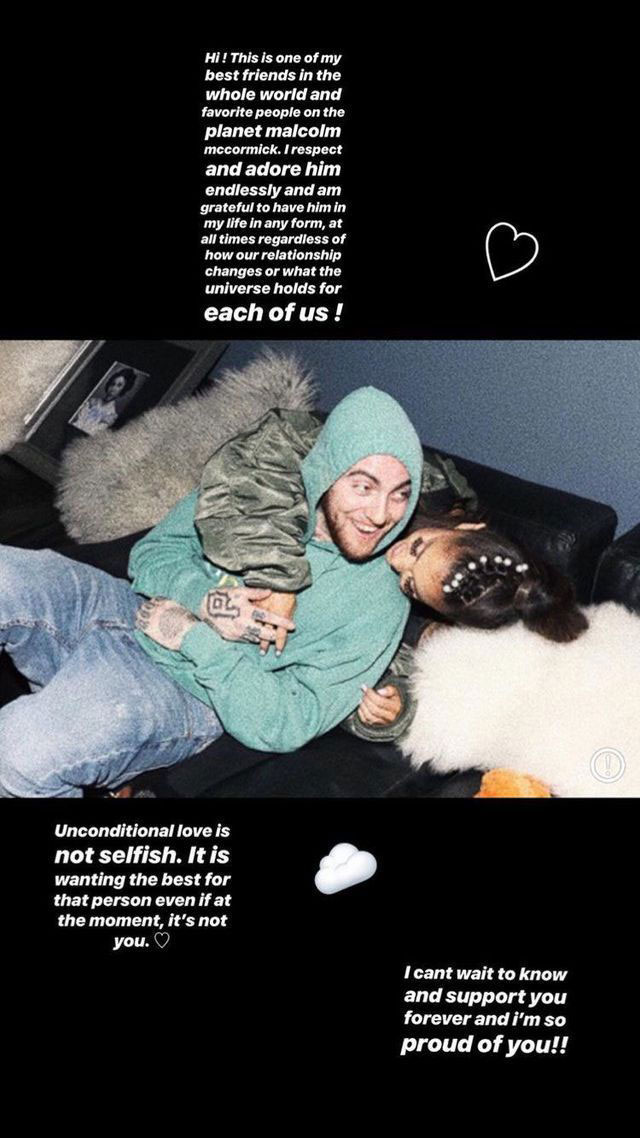 Following the news of Mac's death, Ariana received a torrent of hate on her Instagram from people who thought she was to blame—so much so that the comments on her Instagram account were ultimately disabled. Miller's sudden death is awful enough, but the impulse to blame someone who clearly loved and supported him during his life is extremely upsetting, too.