Ariana Grande's 'Thank U, Next' Music Video Is All I'm Currently Interested In

In case you hadn't noticed, Ariana Grande's been filming the music video for "thank u, next" and it's basically the greatest thing that's ever happened. And like, it's not even out yet. 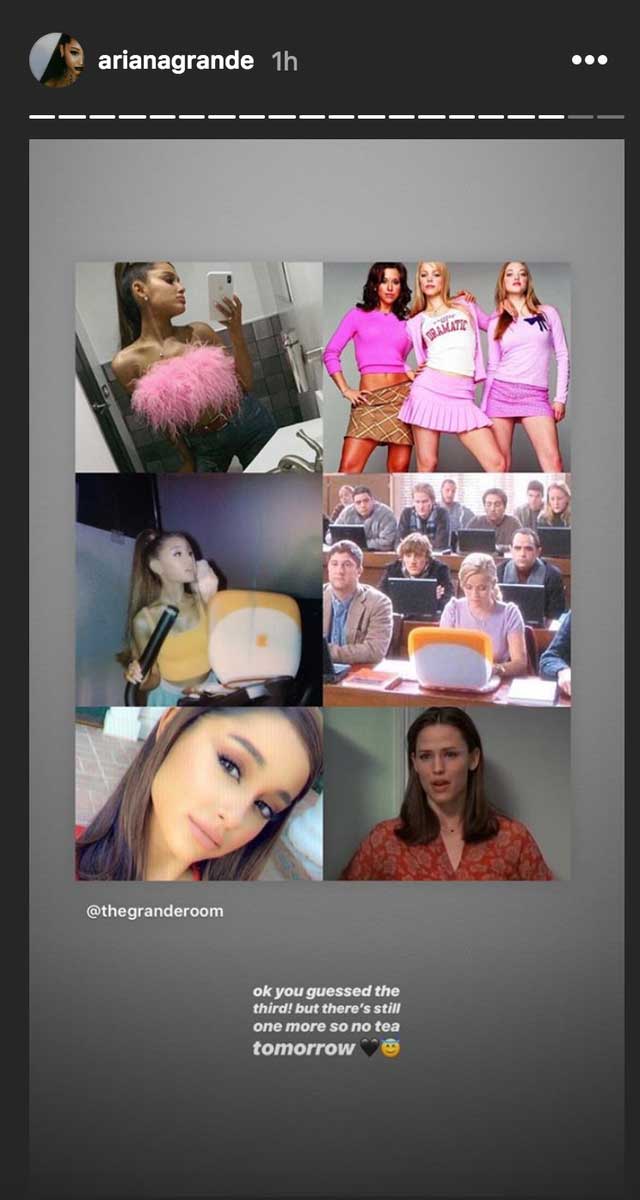 Ari's been recreating iconic teen movies for her project—including (so far!) Mean Girls, Legally Blonde, 13 Going on 30, and Bring It On. And while all of said recreations are amazing, Bring It On takes it to the next level. First of all, we have Ariana as a Missy Pantone-style cheerleader:

Then, we have a bunch of her friends recreating the East Compton Clovers' vibe:

And then we have Colleen Ballinger being completely iconic as one of Ariana's team members:

As does Gabrielle Union:

Do they make Oscars for music videos because Ariana Grande should win, fact.