And the best boyfriend award goes to...Dingdong Dantes! The actor surprised girlfriend Marian Rivera on her 29th birthday by taking her to Bali, Indonesia. (PEP)

How cute do they look together?! 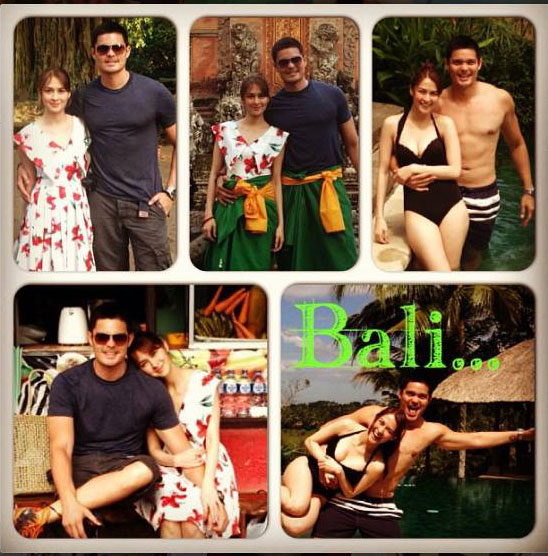 Petron Corporation has claimed full responsibility for the oil spill in Cavite which affected four coastal towns, and turned some parts of Manila Bay red. According to the Philippine Coast Guard, the oil giant is responsible for spilling an estimated 500,000 liters of oil in Manila Bay. (Inquirer)

After nine years in GMA, Raymond Gutierrez says he's moving to TV5 as a freelance artist. The host took to his Twitter account on August 9, Friday, saying, “New beginnings. Happy to announce that I'm officially a freelance artist & joining the team of the brand new TV5 starting this September. Looking forward to seeing you all again on weekends! #BackOnTv#primetime.” (Yahoo!)

Lea Michele won Choice TV Actress at the Teen's Choice Awards on August 12, Monday, for her role as Rachel Berry on Glee. The actress dedicated her award to co-star and boyfriend Cory Monteith, saying, "I wanted to dedicate this award to Cory, for all you out there that loved and admired Cory as much as I did. I promise that with your love, we're going to get through this together." This was Lea's first public appearance since Cory's death on July 13. (People)

Check out the touching tribute below!