Sorry, ladies! Jericho Rosales is engaged to ETC host Kim Jones! The actor posted on his Instagram account, "Ok here's the real one i love you, Miss Jones. You are the love of my life. Thank you for saying YES (to forever) to me. Happy birthday! God is amazing! Yeeeeeehaaa! We are #engaged!!!! #jackpot #grandslam @kimcamjones" (Philippine Star) 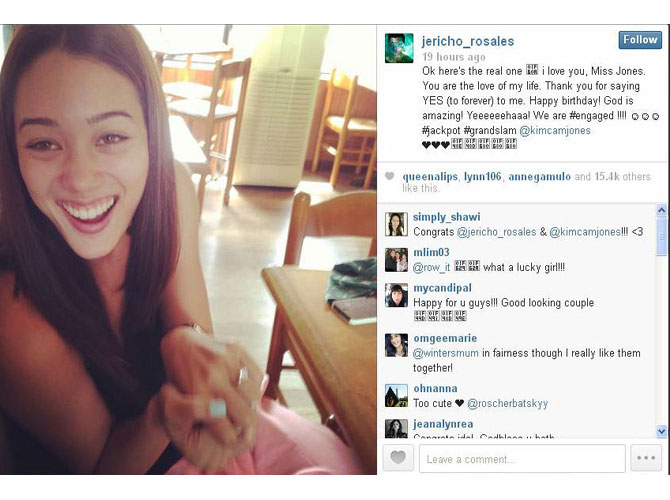 That's So Raven star Raven Simone is gay. The actress-singer came out on Twitter, and released a statement on Friday, August 2. "I am very happy that gay marriage is opening up around the country and is being accepted," the actress said in a statement through her representatives. I was excited to hear today that more states legalized gay marriage. I, however am not currently getting married, but it is great to know I can now, should I wish to." (CNN)

I can finally get married! Yay government! So proud of you