We can't believe it either, but Beyonce just chopped off her long, blonde locks for a chic, cropped 'do! What do you think of Queen B's hair? (MTV) 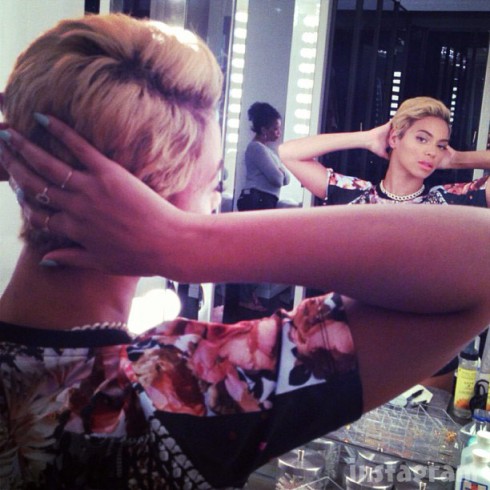 Disney is in the works to create its next box office hit, Planes, spearheaded by filmmaker and qualified pilot, Klay Hall. While there's no release date yet, we're pretty excited about this animated flick. Do you think it'll top the success of Cars? (Philippine Daily Inquirer)

And the cutest pup to hit YouTube is...Jiff the Pomeranian! The pint-sized dog has starred in commercials for Target, Banana Republic, and the New York State Lottery. But  his biggest accomplishment is probably starring in this video! Check out his moonwalk!

Whoah! Is Lady Gaga getting married?! The Star reports that the singer is planning to tie the knot with actor-boyfriend Taylor Kinney in Lancaster, Pennsylvania soon! (Cosmopolitan UK)

So who the heck is this Taylor dude? Aside from making a quick appearance in The Vampire Diaries, he also starred in Gaga's steamy "You and I" video. Check it out below: