11 Of The Most Awkward Royal Family Moments

Ft. flashed underwear, nose picking, and a spot of flirting from Her Majesty.
by Cosmopolitan UK | Sep 25, 2018
Post a Comment
Featured

The royal family is just like us in many ways (well, except the sprawling estates they own and the crown jewels, of course). But as humans, they sometimes do embarrassing things or get caught up in awkward moments, just like the rest of the world. The only difference is for them, it's often caught on camera... 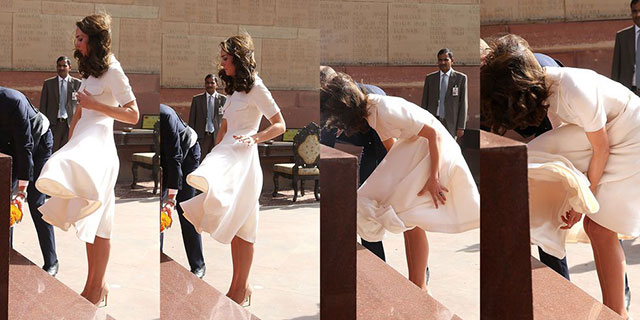 As Kate Middleton laid a wreath to honor Indian soldiers who served in World War I while in New Delhi in 2016, the winds got carried away and a gust nearly blew up her dress.

Luckily, she held it down like a pro, but it's no wonder the royal women have reportedly taken to wearing bodysuits to prevent any future mishaps. According to Myka Meier, founder of Beaumont Etiquette, Kate and Meghan now wear under-layers "that actually increase static so it's much harder for something to fly up." Clever.

The time Meghan Markle wasn't sure of royal protocol

The newly-crowned Duchess of Sussex was nervous on her first outing with the Queen, when they visited Chester. And it showed when they left the town hall and Meghan hesitated as she got in the car, unsure whether she or the Queen should get in first, according to royal protocol.

"What's your preference?" Meghan politely asked her grandmother-in-law, who replied: "You go first." Every day's a school day.

The time Queen Elizabeth got caught picking her nose 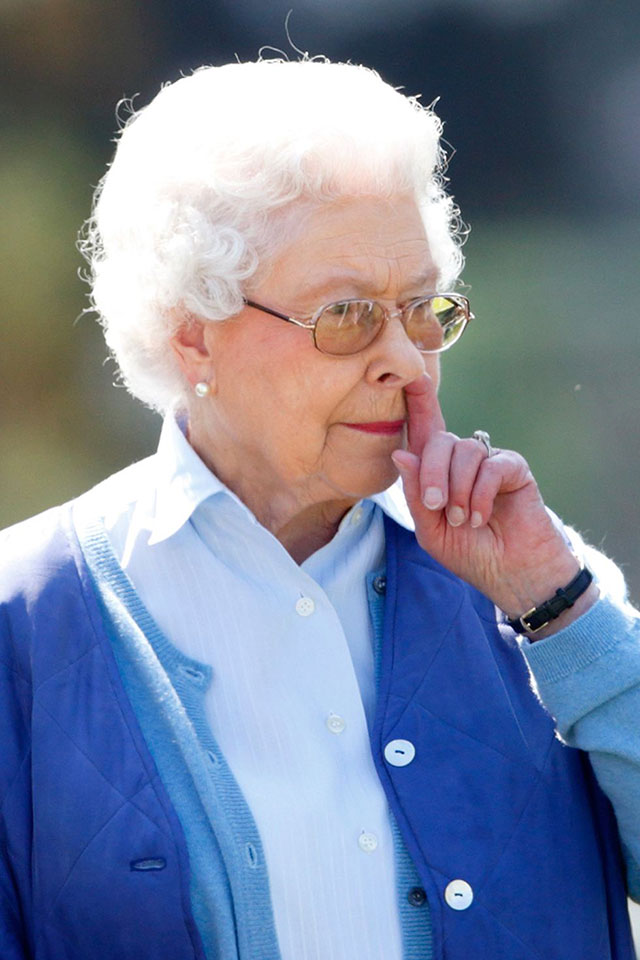 Slightly personal moment for the Queen caught on camera here at the Royal Windsor Horse Show in 2014. Maybe it was the tension of the racing.

...and the time Prince Philip got caught doing the same 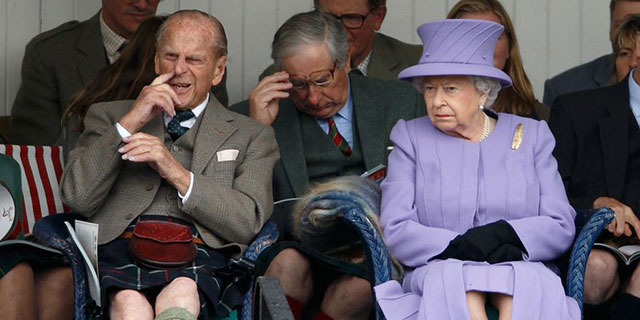 Look at the Duke of Edinburgh just kicking back, relaxing, having a root around and giving zero effs about what anyone thinks.

The time Savannah Phillips pushed Prince George down a hill

Kids, they can be savage, right? If you want proof, just watch footage of Savannah Phillips (Prince George's cousin) pushing the then-four-year-old Prince down a hill as they attended the polo back in June. If he wasn't four, he might have suffered from a bruised ego to go along with his inevitably bruised knees. 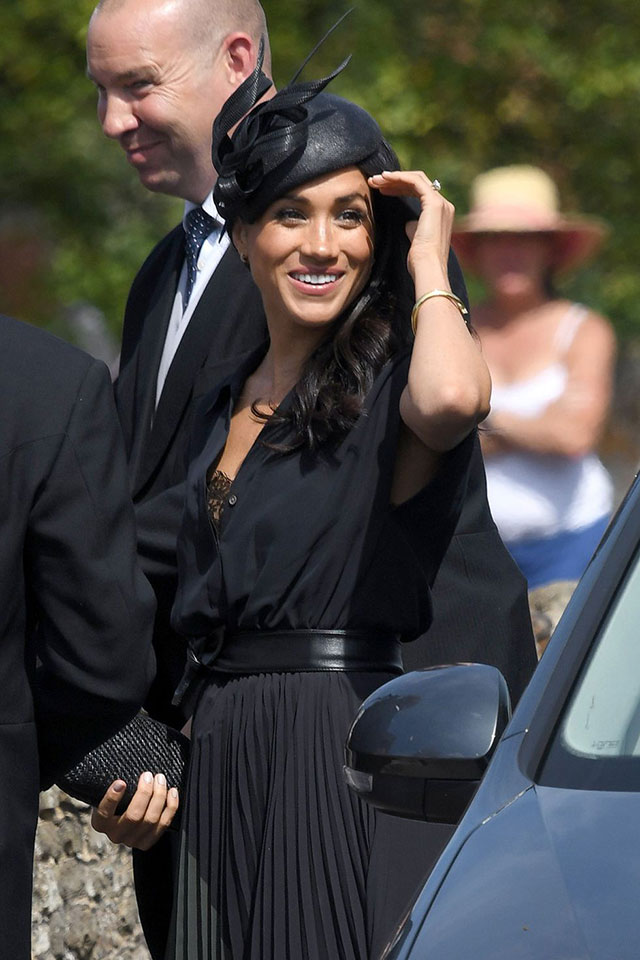 While attending the wedding of Charlie van Straubenzee and Daisy Jenks on August 4, one camera papped Meghan just at the wrong time as the top of her dress parted slightly and a tiny bit of her bra was on show. Of course, this is the kind of thing that has happened to nearly every woman at some stage in their life, we're just fortunate not to have the world's critical eyes on us at all times.

The time Prince William quite clearly fell asleep during a service 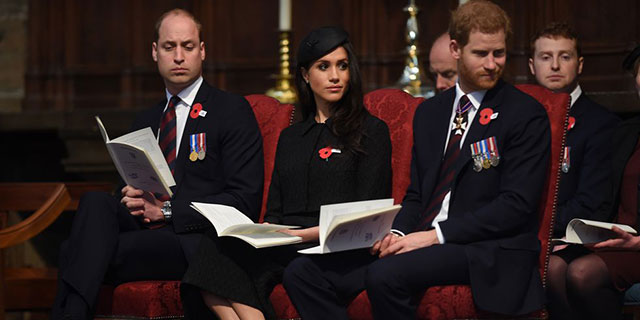 It was good of Prince William to turn up to the annual Anzac Day service at Westminster Abbey just a couple of days after the birth of his third child, Prince Louis. But you could tell he was living with a newborn, as the Prince was filmed looking drowsy during the service. We say drowsy...he fully fell asleep.

The time Kate Middleton got her heel stuck in a grate 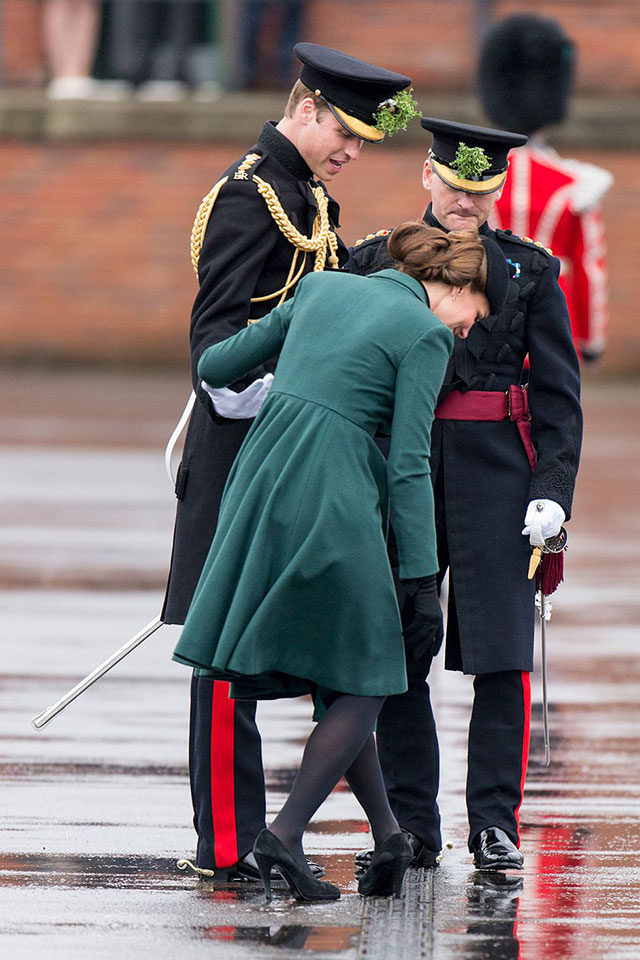 Been there, done that...just not on this public a scale. As she handed out shamrocks to Irish Guards at the 2013 St Patrick's day parade, the Duchess of Cambridge—not usually one to put a foot wrong—accidentally got the four-inch heel of her suede pumps stuck in a grate.

Poised as ever, Kate calmly leant against William as she pulled it out and continued about her business. That's why royals are royals, isn't it? They just know how to deal with this stuff like a pro.

The time Princess Charlotte got sassy with photographers 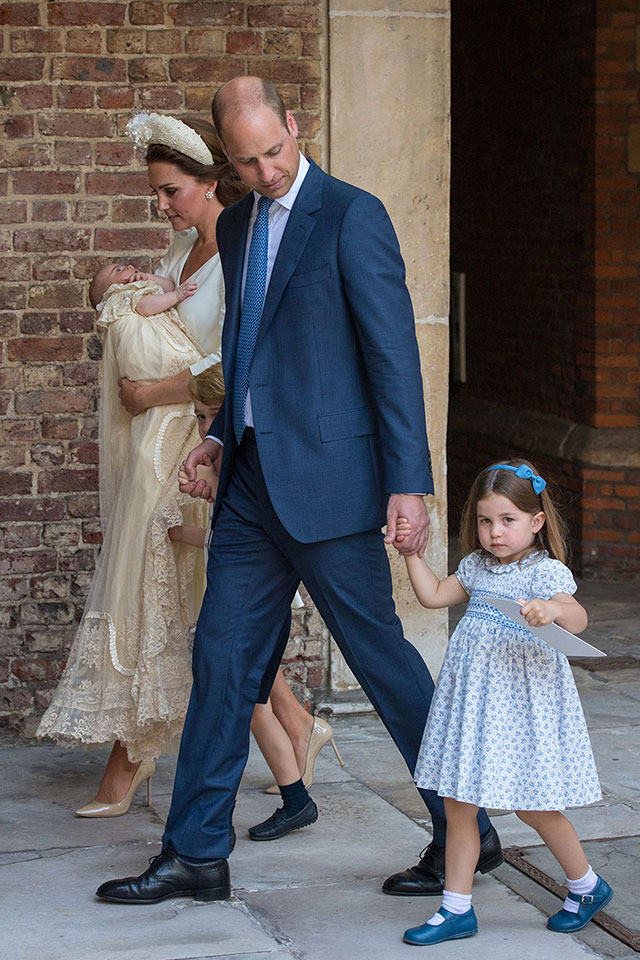 As she emerged from her brother's Christening with the rest of her family, a clip showed three-year-old Charlotte sassily telling photographers "you're not coming" to the reception. Lol. Know your place.

The time Prince Charles was frankly terrified of an eagle 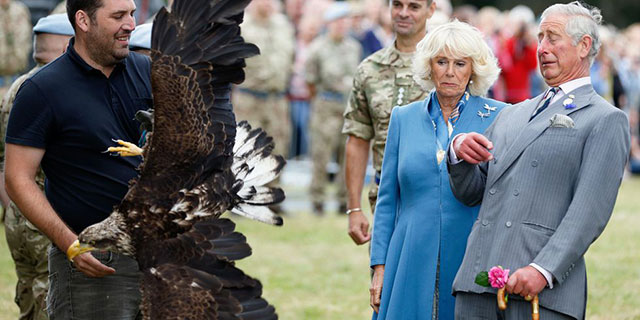 During a visit to the Sandringham Flower Show, Prince Charles pretty much lost his shit when an eagle started to flap its wings enthusiastically.

The time the Queen couldn't hide her love of David Beckham 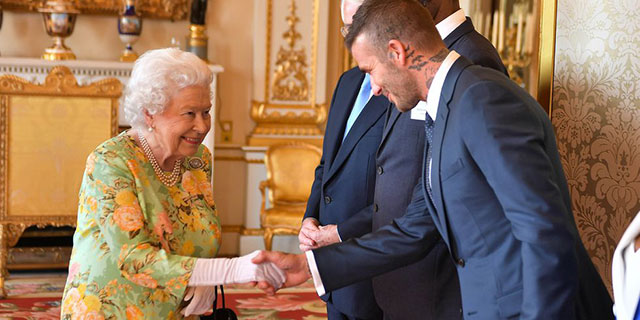 The day this photograph was taken, in June 2018 at the Queen's Young Leaders Programme, was not the first time Queen Elizabeth had met David Beckham. But despite this, she struggled to conceal her excitement. Just look at that grin. How do you do?