Barbara Palvin On Dylan Sprouse: 'I feel like I found the perfect guy'

I mean, he does bring burgers to her fashion shows!
by Shannon Barbour | Nov 17, 2018
Post a Comment

When you know, you know. And Barbara Palvin actually knew she was in love with Dylan Sprouse even before he brought her Shake Shack burgers to the Victoria's Secret Fashion Show, and now she's letting everyone know why.

In a video interview with Vogue Australia, Barbara said she'd been single for six years before dating Dylan, and he was totally worth the wait. "It's not normal for me to have a boyfriend," she said. "I was single for six years. It did pay off, I feel like I found the perfect guy. He's very kind and gentle." And he brings her burgers to work. So! Kind!

Plus he does sh*t like this while walking the red carpet with her: 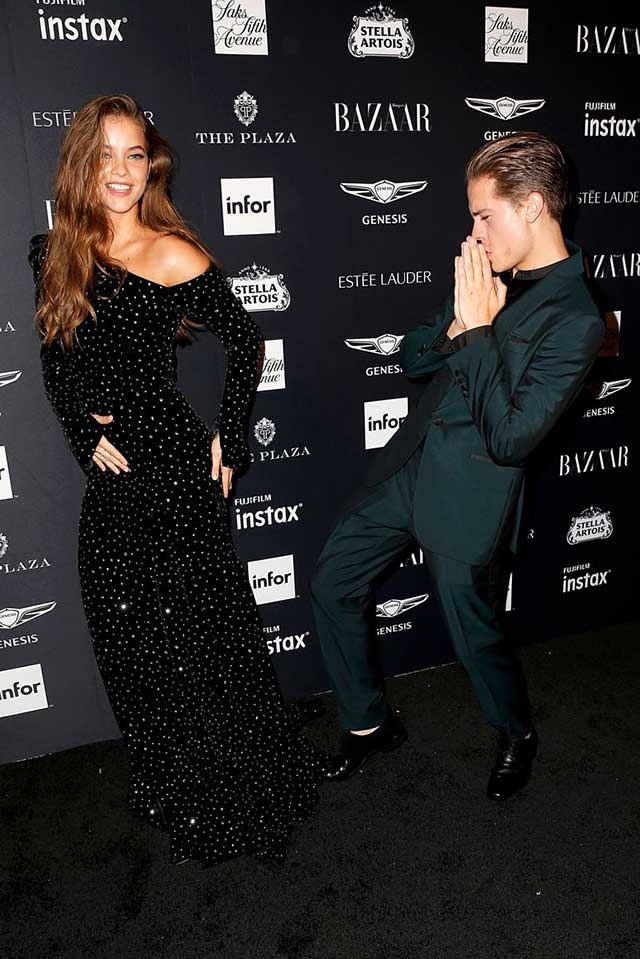 During the video, Barbara was hanging out with Dylan in the park and said that's what she prefers to do in her spare time. "That's what I do on my day off: I spend it with the people I love, and I'm very much in love right now."

Dylan also chimed in and described Barbara as a girlfriend who isn't usually into heavy PDA like Meghan Markle and Prince Harry. "She doesn't like cuddling very much," he said. "I try to give her hugs and she's like, 'Ugh.'" How can she resist cuddling with Dylan? The world may never know.

The two were rumored to have started dating this summer, and somehow they managed to get through their three-month mark without getting engaged like other celeb couples this year. Barbara and Dylan seem to be in it for the long haul, so here's hoping there are more burger deliveries in their future.