Here’s to all body and age-shamers: Bea Alonzo isn’t one to easily back down from you.

The actress and vlogger took to her YouTube channel during the weekend to upload a vlog of herself responding to mean comments, proving that offensive messages needn't be met back with the same rude energy. Ever classy, she had a polite response to everything, but that doesn’t mean she didn’t put these so-called haters into place.

One comment in particular read, “Isn’t it too late for you to be doing this endorsement? Watching it [shows] you’re old to be a model for this commercial. May kulubot ka na.” 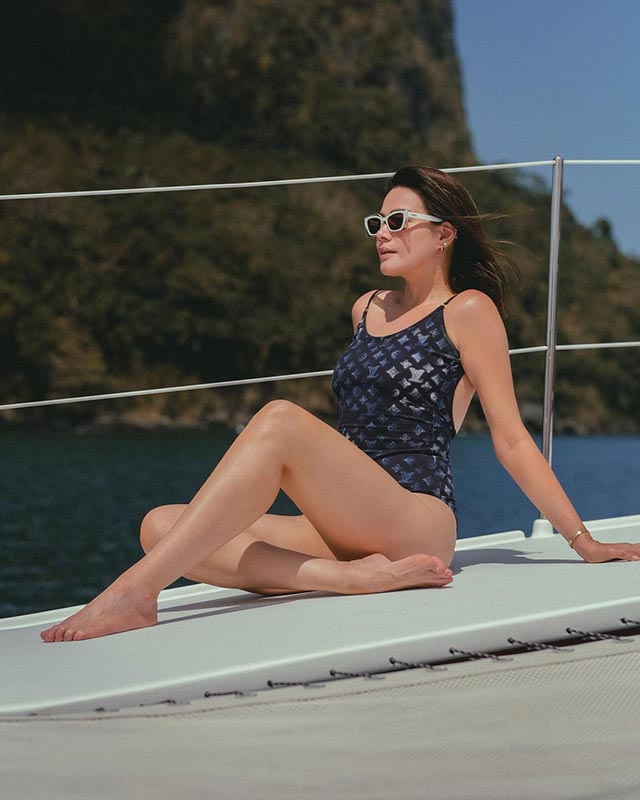 ICYDK, the netizen is reportedly pertaining to Bea’s stint as a calendar girl for liquor brand Tanduay, a first for the actress in her more than twenty years in the business.

The comment certainly struck a nerve in Bea, so she promptly answered, “Actually, alam mo dapat talaga ngayon, it’s about time, tigilan na ng mga tao na mang-shame ng mga tao na nagkaka-edad. I am 34 years old, I’m about to turn 35 this year and I am proud of it,” she exclaims saying that she’s taking care of herself “as much as [she] can” with the help of good diet and exercise.

“Proud ako sa itsura ko at 34 years old,” she says, adding that if brands saw her worth as an endorser, it’s not something she’s supposed to be guilty of. “Kung kinuha ako ng certain brand, that was actually very flattering for me kasi di ko naman ipinilit yung sarili ko para kuhanin nila ako diba? So I’m proud of it.”

She ended with an empowering message: “Let’s stop shaming people for their age. It’s 2022!”

This story originally appeared on Female Network.
* Minor edits have been made by the Cosmo.ph editors.