Two weeks after her infamous "unfollowing" of Gerald Anderson and Pia Wurtzbach, it looks like Bea Alonzo is following her beau again on Instagram. The Kapamilya actress, however, has yet to follow her Star Magic batchmate, Pia . 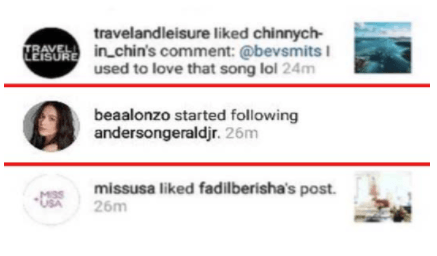 When Bea unfollowed Gerald, netizens quickly jumped to conclusions that they had called it quits. PEP.ph also reported that those who work closely with the 30-year-old actress expressed cryptic statements which referred to guys who are "malalandi" and "babaero."

What made things more complicated was that fans also noticed that Bea unfollowed Gerald's co-star, Pia, in the recent romantic-comedy My Perfect You. This resulted in many linking Pia to the rumored breakup. This also bore questions about the very public relationship of Pia and boyfriend, racer Marlon Stockinger.

Interestingly, not long after the controversy broke out, Gerald indirectly addressed the issue describing the current status of his love life as "steady" and "okay naman." In fact, in an interview with Boy Abunda, Gerald shared stories about Bea reacting positively to his movie with Pia. During the interview, he said, "Nanood siya last week and nag-text siya, sobrang nagustuhan niya iyong movie."

Pia, on the other hand, has kept mum about the issue. On the state of her relationship with Marlon, the two appear to be unshaken as they were seen attending a recent screening of Pia's movie.