The strong-jawed stunner has been a solid Cosmo crush since his showbiz debut. Spy on Rafael at his shoot as one of our "15 Hottest Hunks Ever"!
by Laura Beck | May 10, 2012
Post a Comment
Featured 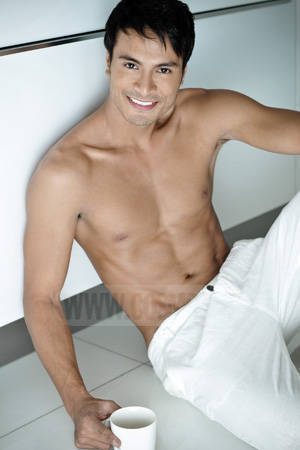 If there's one thing we'll always remember Norway for, it's not Vikings, salmon, or any of the country's claims to fame. It's Norwegian-born actor and model Rafael Rosell, who's been a solid Cosmo crush since he broke into showbiz in 2000.

This strong-jawed stud has enjoyed a string of major movie projects, starting with Pinay Pie in 2003, where he starred with December 2001 cover girl Assunta de Rossi, Joyce Jimenez, and Ai Ai de las Alas. You may also remember him as part of the Coverboys back in 2006, the all-male group in ASAP that counted among its members fellow hotties Zanjoe Marudo, Jake Cuenca, Jon Avila, and Victor Basa. He later worked with former Cosmo cover girls Jennylyn Mercado, Iza Calzado, and Cristine Reyes, as well as Eugene Domingo, Bianca King, Eula Valdez, and Ruffa Gutierrez, in Working Girls in 2010.

Whether he's starring in soaps, appearing in movies, or parading in his underwear in billboard ads, Rafael can captivate us anytime!

Want to see more of this Centerfold eye candy? Launch the gallery and view our exclusive outtakes from his shoot.