Bella Hadid shared an image of her celebrity twin and the likeness is so uncanny that even pal Hailey Baldwin had to do a double take.

Proving that the plot of Netflix's The Princess Switch isn't *totally* inconceivable, the model shared a throwback snap of Carla Bruni from a photoshoot she took part in back in 1996 for Vogue Italy.

Fans and friends alike couldn't help but notice just how similar the two models look, from their shoulder-length black hair, to their noses, lips, eyes, and pretty much every single facial feature on display in the shot.

Hailey came through to point out that something doesn't quite add up in the image and called BS on the fact that the woman in the shot isn't her friend with slightly heavier make-up: "Stop being funny Bells this is you," she joked.

Other people had similar reactions, with one fan writing: "You're literally her reincarnated but she didn't even die. That's the crazy part." Another said: "I always thought you have very '80s supermodel feels to your features. Super sharp and classic."

"I really have a hard time telling young Bella from young Carla at times. Especially when the eye color is unclear," a fourth user pointed out. 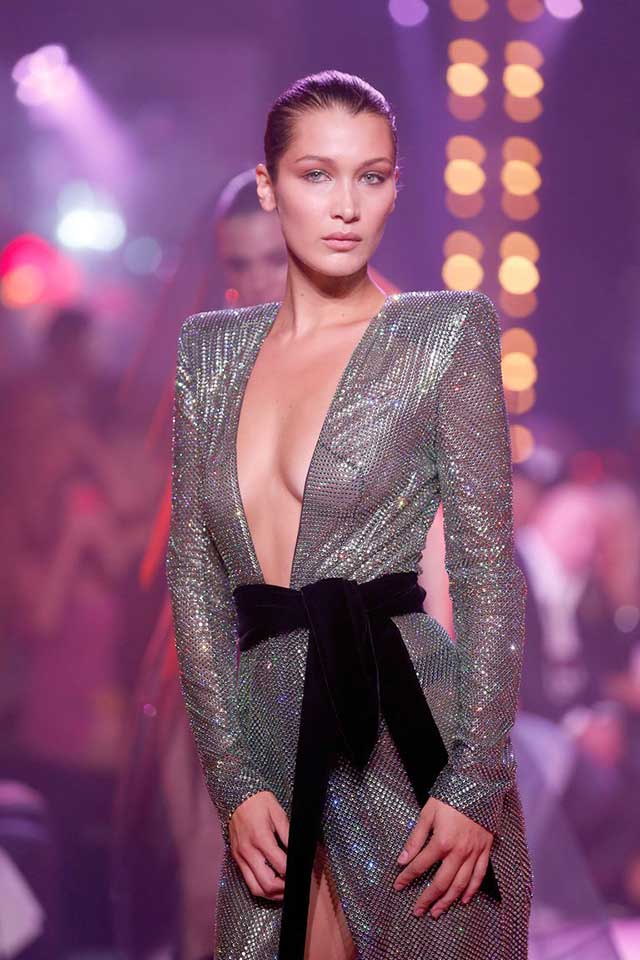 This isn't the first time their similarity has been brought up, with the Italian-French singer taking to Instagram earlier this year to joke that the 21-year-old must be a "hidden daughter" that she forgot ever giving birth to.

Honestly, that's the only explanation that makes any sense at this point.