It's been nearly one year since Bella Hadid and The Weeknd went their separate ways. Save for the occasional cryptic Instagram or report that fans have obsessed over, Bella hasn't really revealed her true feelings about The Weeknd's relationship with Selena Gomez. Until now—via her mother Yolanda, who recently dropped by Watch What Happens Live With Andy Cohen. Without delay, Andy asked the Hadid matriarch, "Does Bella care that The Weeknd is with Selena Gomez?" To which Yolanda responded, "Not anymore, I think." OK fine, it's just four words, but it's better than any quote you'll read from a source claiming to be "close" to the Hadids, no? 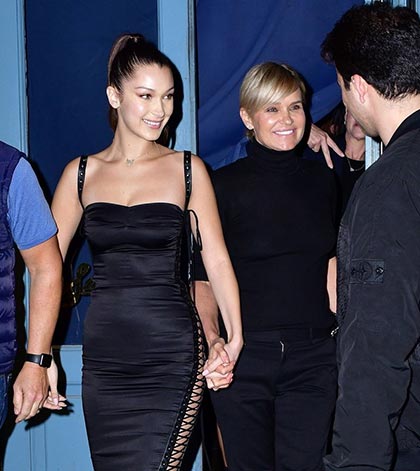 Yolanda, who was joined by the former First Lady of France Carla Bruni, also touched on the latest dating rumor between Bella and Drake, who reportedly threw the model a 21st birthday party in New York City last weekend. According to Us Weekly, party guests included Travis Scott, Scooter Braun, Bella's sister Gigi, dad Mohamed, and Yolanda herself. And everything was planned and paid for by Drake. So, is it love? "I mean, they're friends," according to Yolanda, who for some reason casually denied even being at the party. 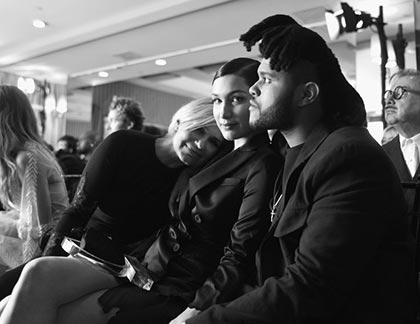 One more piece of intel from Yolanda and Andy's chat: She actually has "a lot to talk about" whenever she hangs out with Zayn, who's been dating Gigi since 2015. But like her previous topics, Yolanda offered nothing further, which means she didn't reveal what she and Zayn usually discuss. I'm just going to guess cooking, fashion, and how Zayn looks like an old-timey professor in these glasses.