'Jealousy is a cry for help that I wish I could help you with.'
by Alyssa Bailey | Apr 3, 2018
Post a Comment
Featured

Bella Hadid took some time out of her day to set the record straight on her and Kendall Jenner's character after an Instagrammer accused them of basically being It-model, Mean Girls Plastics. A fan account, @ballahadid, posted a comp photo of Jenner and Hadid, asking "Kenny or Bella?" The commenter wrote the cruelest equivalent of neither: "2 fake bitches sitting in a tree, first comes the nose job, then come the lips, oh and don't forget the built in cheeks. lmao y'all trippin' fam, money can get you a new face but not a nicer personality which these two girls need."

The comment has since been deleted, but not before screenshots were taken of it and Bella Hadid's surprise response. 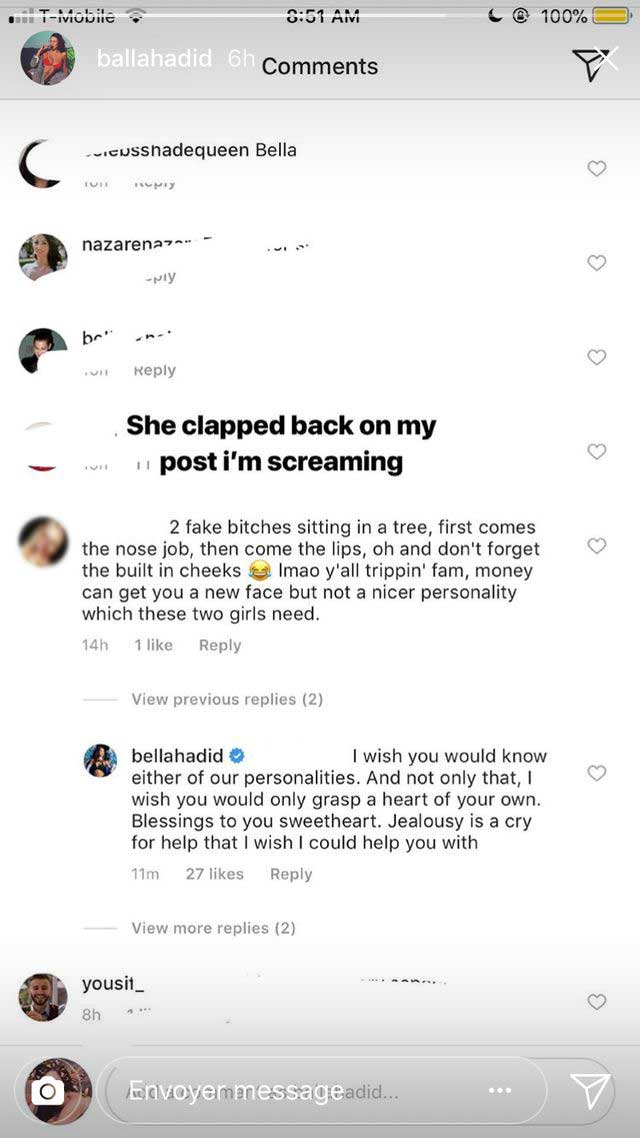 Hadid wrote to the user, "I wish you would know either of our personalities. And not only that, I wish you would only grasp a heart of your own. Blessings to you sweetheart. Jealousy is a cry for help that I wish I could help you with."

The user then deleted her comment and wrote on the fan account that Hadid's response has opened her eyes. “@ballahadid it’s all gone girl, but seriously this whole thing has taught me a lot.” 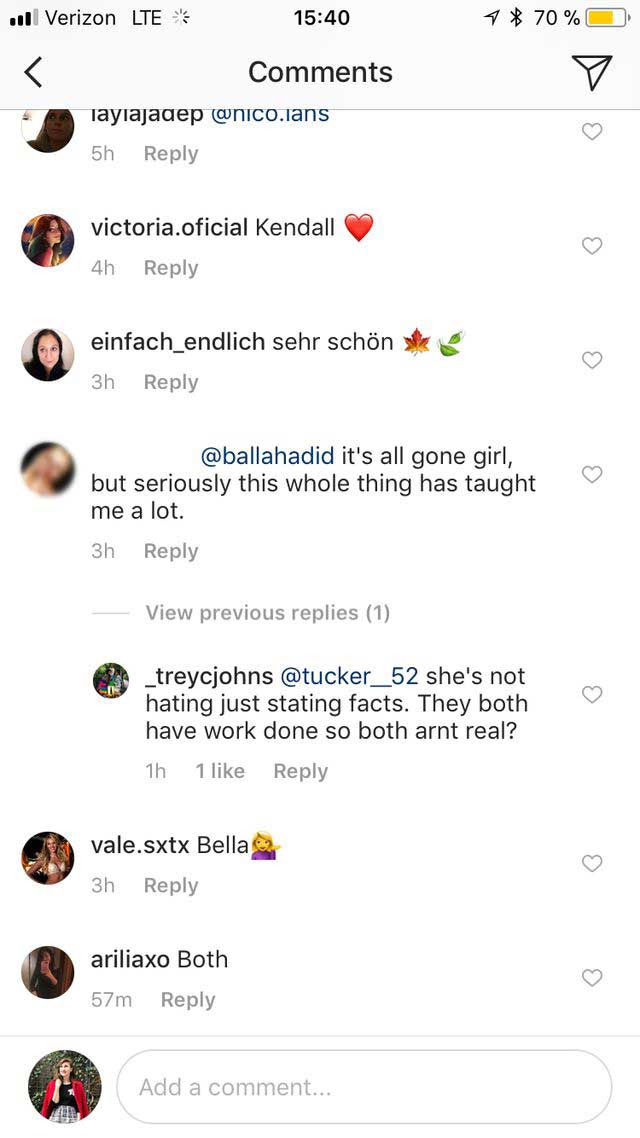 The Hadid family is no stranger to responding to body shamers on social media. Big sister Gigi Hadid made headlines for discussing her weight loss and how it was the result of her learning to manage her Hashimoto's Disease diagnosis, not because of drug use or an eating disorder.