Blake Lively and her husband Ryan Reynolds are usually pretty private about their personal lives, but she has lifted the lid on their marriage—and made our hearts melt in the process.

Like most of us, Blake used to turn to her gal pals for a shoulder to cry on whenever a man stitched her up, made her fume, or just left her feeling a darn bit confused or sad about things.

There's no one better to pass the tissues, right?

But now Blake has Hollywood actor Ryan in her life, and the way she deals with any conflict that arise within their marriage has changed. And we love it. 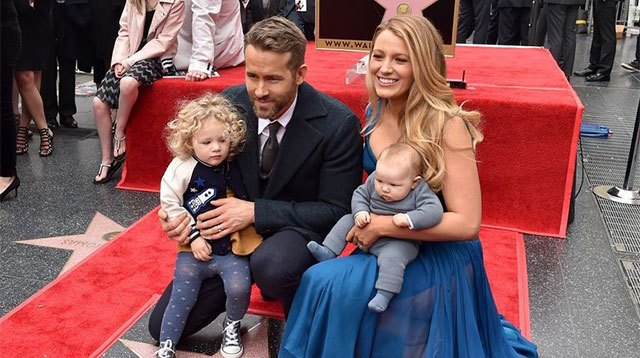 The former Gossip Girl star, who has two children with Ryan, has revealed that she turns to her hubby rather than her female besties whenever she's feeling riled, as she considers him her ultimate BFF. Even though it is he who has annoyed her. The couple were friends long before they fell in love and Blake believes that is the secret behind their rock solid union.

"In other relationships, if something came up, I would call my girlfriends, or my sister, and say, 'Hey, this is what he did—what should I do?'" she told Glamour. "Whereas with him [Ryan], we were friends for two years before we were ever dating. And I treat him like my girlfriend."

Blake met Ryan while filming Green Lantern in early 2010, but they didn't start dating until October the following year. In September 2012, the couple tied the knot in South Carolina and they are now parents to daughters, James, two, and Ines, who turns one in September.

Last year, Ryan received a coveted star on the Hollywood Walk Of Fame and that time it was his turn to make our hearts melt.

In an adorable shoutout to his wife, made as his star was unveiled, he said: "I want to thank my wife, Blake, who is sitting right there who is everything to me. You are the best thing that has ever happened to me. You've given me two of the most incredible children I've ever hoped to have."

If these two aren't a definition of #relationshipgoals, we don't know what is.