Meet Bonnie Aarons, the face and talent behind this year's chilling horror blockbuster, The Nun (and also, previously, The Conjuring 2 and Annabelle: Creation).

A quick IMDB search will tell you that she plays the demon nun Valak in the film—after which point you'll need to douse your phone/computer in holy water, sorry!—but BuzzFeed delved a little deeper into the actress' credits, and found out that she was also featured in The Princess Diaries.

You see, if you'd dared look straight into the demon Valak's face (but also, why would you do that??), you'll recognize that same evil glare from Baroness Joy von Troken—who was, well, not very joyful at all. The Baroness was one of Princess Amelia Minognette Thermopolis Renaldi's condescending royal critics (and also next in line to become the queen of Genovia had Mia not accepted the title). 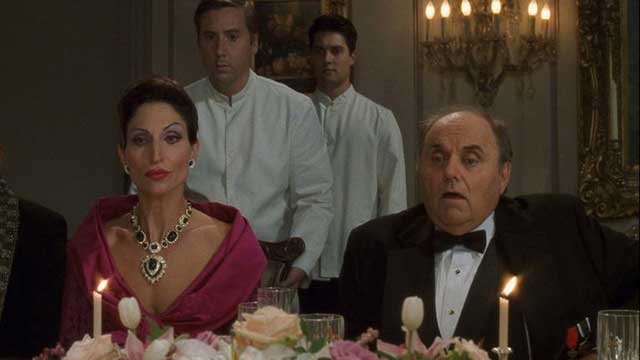 And while playing the baroness in The Princess Diaries was a pretty huge deal, The Nun seems to be her big Hollywood breakout role. As in, it caused you to breakout in shivers and/or tears because JFC THE NUN IS SO SCARY I JUST CAN'T!!!

Here's to hoping we'll see more of the actress, maybe sans all the white ghoulish makeup, in a possible Princess Diaries 3. Or in the Conjuring x Princess Diaries crossover we never knew we needed until now? Maybe there's a haunted nunnery in Genovia also!? That would be...interesting.