But before we get to his comment, a little background. First of all, this is Sam Asghari. I'll give you a moment:

Second of all, Britney and Christina both came up at the same time in the roaring aughts, and naturally they were pitted against each other. Which is ridiculous because both these women are talented legends who have mutual respect! For proof, see Christina's recent interview with Andy Cohen, where she chatted about getting coffee with Britney because "that'd be really fun after all these years."

Well apparently Sam didn't get the memo, because (as E! first noticed) he who'd Christina in a since-deleted Instagram Stories Q&A session. Check out this insane shade: 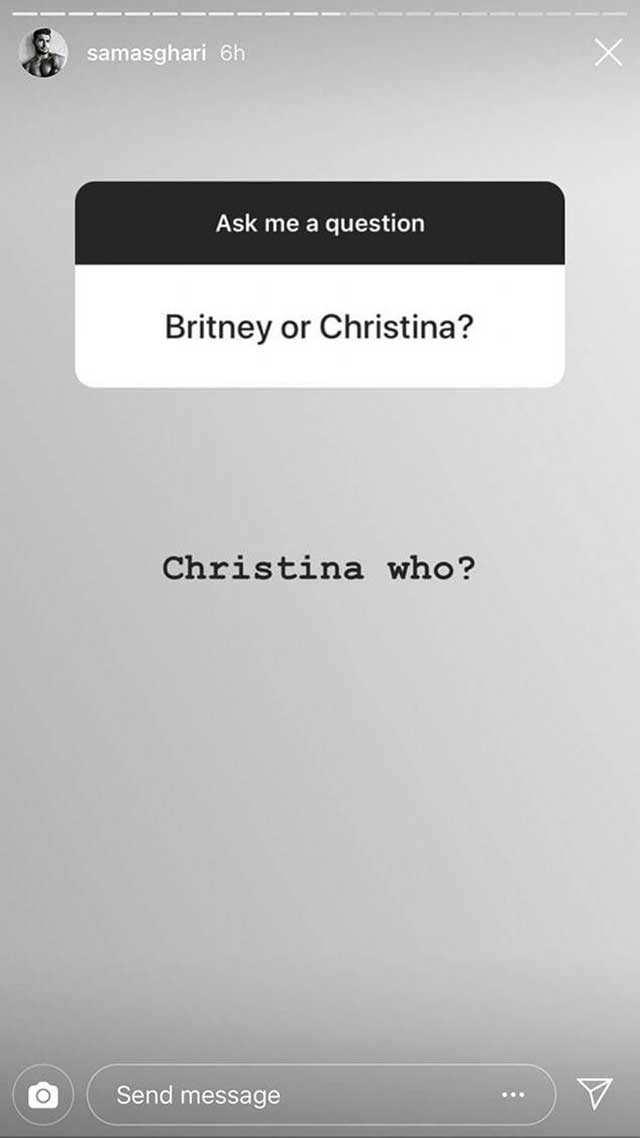