The Cast Of 'Captain Marvel' vs. Their Comic Counterparts

Can you believe the Marvel Cinematic Universe is about to drop its 21st (!!!) film? Even harder to wrap your head around, the latest installment is the juggernaut's first superhero flick lead by a woman! Wild. Luckily, Captain Marvel—starring Brie Larson in the titular role—launches March 8, before the ten thousandth Avengers on April 26.

Set in the 90s—because everything was better in the 90s—Captain Marvel debuts the origin story of Dr. Carol Danvers, who becomes MCU's singular most powerful alien superhero (fuck, yea! take that, Thor). And let me tell you, the trailer makes it look dope.

Although some cast members' roles have been left a mystery (who is Annette Bening playing?!), scroll through for the confirmed characters next to their comic counterparts. 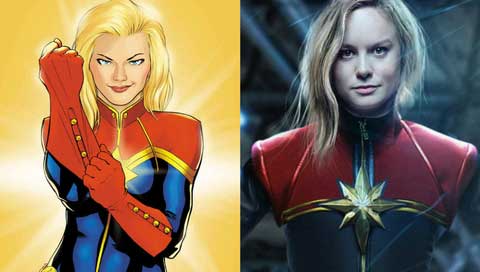 In the comics, Carol Danvers is the seventh, and current, Captain Marvel. After an accident, the Air Force pilot's DNA is merged with that of an alien, giving her special abilities like flight and super-strength.

For the Captain Marvel movie, Danvers will be played by Brie Larson, best known for her breakout Oscar-winning performance in Room opposite Jacob Tremblay. 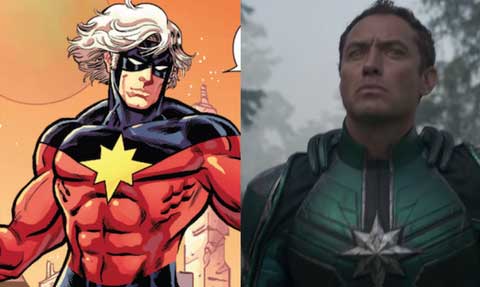 The Jude Law renaissance continues with this Marvel blockbuster. Law will play Danvers' mentor Dr. Walter Lawson, who trains her to use all her new powers. However, since this character is also the original Captain Marvel from the comics (and seems pretty alien in his green suit), you can bet there is more to Mar-Vell than his alias. 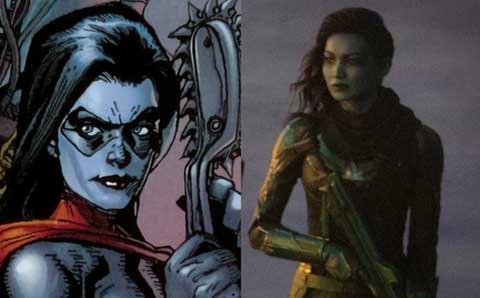 Crazy Rich Asians actress Gemma Chan will be taking on the role of Minn-Erva, who also hides her identity, going by Doctor Minerva. Though seen in the trailer as part of Captain Marvel's crew, she's always been more of an antagonist in the comic series. In fact, Minn-Erva even attempted an elaborate scheme to get with Mar-Vell, thinking that their babies would be genetically superior. Rude.

Uncanny Sabrina mini-me McKenna Grace will also be playing a young Carol Danvers in Captain Marvel flashbacks. Does she look as much like Brie Larson as she does Kiernan Shipka? Nope. Does it still work? Absolutely. 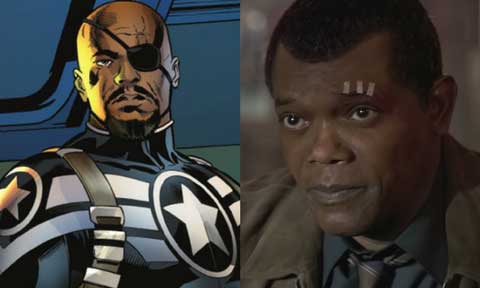 If you're a fan of the Marvel Cinematic Universe, you're already very familiar with Samuel L. Jackson's Nick Fury. But, you're about to see a side of S.H.I.E.L.D. Director Fury you've never seen before (a younger, adorable, cat-loving side). 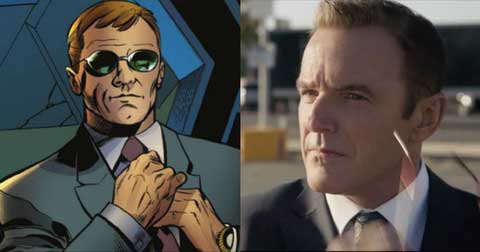 You can't give us young Nick Fury, without also gifting us with young Agent Coulson. And, look! They gave Clark Gregg more hair!

According to Gregg, there were no VFX used to make his character appear younger, just a "four day nap." 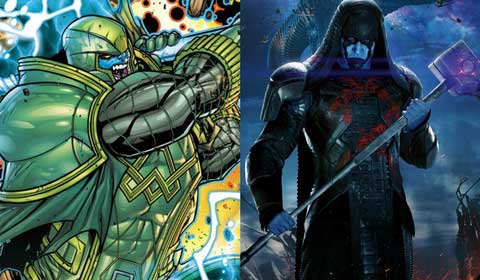 Lee Pace already portrayed this character in the first Guardians of the Galaxy film, as the big bad who ends up providing bigger bad Thanos with the Orb—or, as we now know it, the power stone.

In the comics, Ronan is not always the antagonist we see in GotG. In fact, he's even helped the Avengers on multiple occasions. Considering the timeline of Captain Marvel, we may end up seeing Ronan pre-warlord and pre-psycho killer. 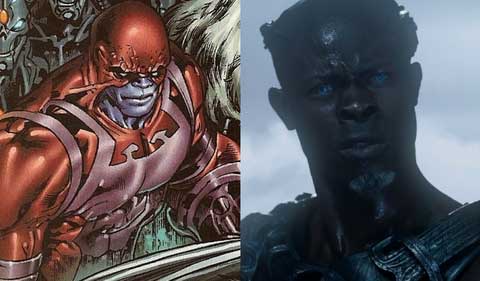 Another Guardians of the Galaxy alum, Dijmon Honshu's Korath served as Ronan's right-hand man. If you remember, Korath was a mercenary that Thanos sent to aid Ronan in finding the Orb before he was killed soon after by Drax. 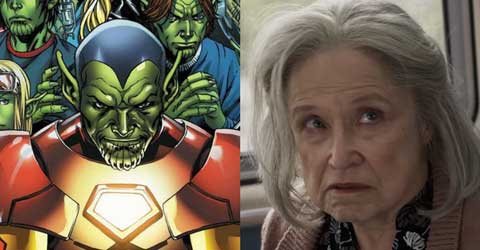 Ok, so clearly this is the form a shapeshifting Skrull used to disguise itself and not actually what they look like, but Captain Marvel punching an "old lady" in the face was absolutely the best part of the trailer.