Miss Universe Philippines 2018 Catriona Gray wowed us with her national costume for this year's competition, but as it turns out, there was more to it than we thought!

The beauty queen confessed that she got really sad about what happened. "I would have loved to show the full effect of what my team, with their time and effort, that we really went over mountains just to try and get the light and the synchronization of the light within the parol. But regardless, I just want you guys to know that it was a little bit of a technical mishap." (PUSH)

In an Instagram video posted yesterday, Nico Bolzico got his "revenge" on brother-in-law Erwan Heussaff by making him eat soap (it was safe for humans, don't worry) disguised as cheese! LOL. Poor Solenn, she unknowingly got involved and became "collateral damage" in the process!

3. Margielyn Didal, award-winning skateboarder, is part of Time's 25 Most Influential Teens of 2018

19-year-old Margielyn Didal from Cebu won the gold medal for the women's street skateboarding competition at this year's Asian Games! With the support of her girlfriend and her family, Margielyn is also preparing for the 2020 Tokyo Olympics, where skateboarding will be included as an athletic event for the first time. (TIME)

4. Ryan Bang talks about his friendship with Sandara Park on a Korean talk show

During a guest appearance on the TV series Video Star, Ryan Bang gushed about former 2NE1 member Sandara Park, who always takes care of him whenever he's in Korea.

Ryan Bang even joked, "Sandara Park hit No. 1 right when she started. She rode a helicopter between gigs, and I rode a motorcycle. Right now, I'm thinking about whether or not I should ride a helicopter. I've grown a lot over nine years." (Soompi)

5. Here's what we know about the new Toyota Camry

Maybe you're making more money now or perhaps you just want to make a major life investment in 2019. If you're finally at that place where you can afford to think about buying a car, consider the all-new Toyota Camry! 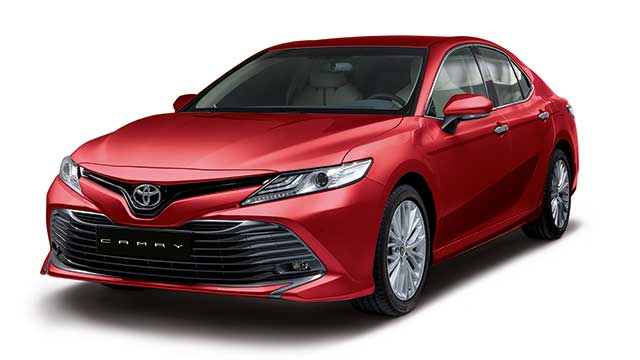 Dubbed the "King of Sedans," it's got an overhauled exterior, an ergonomic interior that prioritizes both driver and passenger comfort, plus more performance and safety features. On top of that, it comes in three colors: Platinum White Pearl, Attitude Black Mica, and Thermalyte. But there are also four more colors available on special order: Red Mica, Phantom Brown Metallic, Graphite Metallic, and Burning Black Crystal Shine Glass Flake. 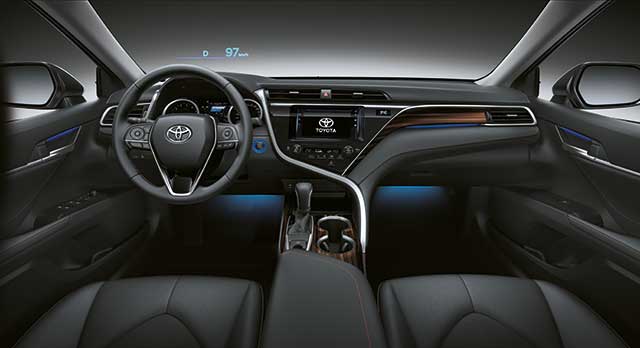 These Brands' Congratulatory Messages For Catriona Gray Are Funny AF

Our Favorite Hairstyles From Miss Universe 2018

You Have To Watch Catriona Gray's Parents Shed Tears Of Joy When She Was Crowned Miss Universe 2018!

Catriona Gray's Lava Gown At Miss Universe 2018 Is Everything!

You Have To Read Catriona Gray's Winning Miss Universe Answer!

We Are Living For This Pinay's Catriona Gray Makeup Transformation!

Clint Bondad To Catriona Gray: 'You have the whole arena behind you'

A Guide To All The Miss Universe Philippines *Signature* Walks

A Thai Princess Designed Catriona Gray's Pink Swimsuit At The Miss U 2018 Preliminaries!

Catriona Gray Explains How She Did That 'Slow-Mo Turn'

For The First Time Ever, Miss Universe Will Have An All-Female Panel Of Judges!

This Is How Much Miss Universe Tickets Cost, In Case You Were Wondering

Check Out The National Costumes Of The Miss Universe 2018 Candidates