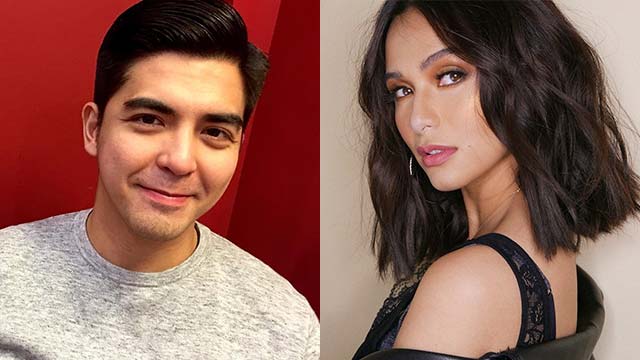 Their fans were saddened when they ended their two-year relationship in 2006. Their love team was, at that time, among the most popular in GMA.

In an interview, Jennylyn said they were too young then, and couldn't even handle their fights well.

Fast forward to 2016, the two are good friends.

The actress has one word for her friendship with Mark: solid.

For his part, Mark revealed that Jen would sometimes confide in him each time she has a relationship problem. 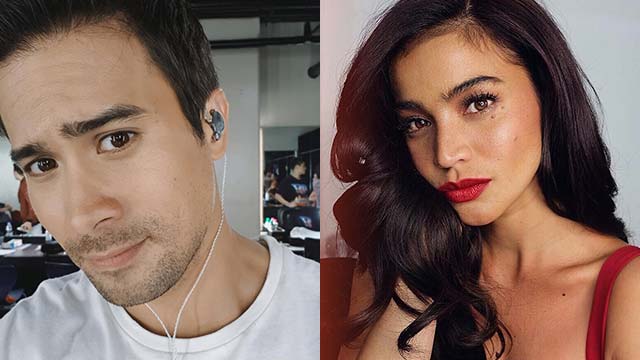 Their romance bloomed on the set of Maging Sino Ka Man in 2006.

But in September 2008, Anne revealed it was Sam who broke up with her.

On November 2015, seven years after their breakup, Anne was a guest on Sam's 10th anniversary concert. 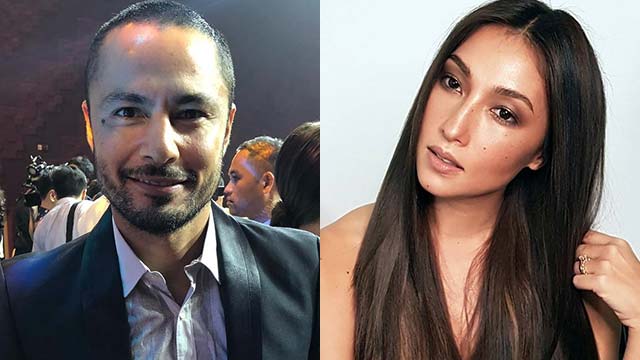 These two dated for four years and broke up in 2006.

They were reunited in the movie Love is Blind.

Derek then said, "We're very good friends, we confide in one another about our problems, about our happiness, that's so much better." 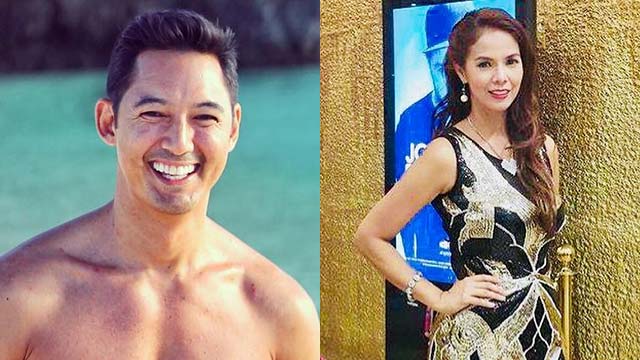 Patricia Javier and Marc Nelson have remained good friends after more than a decade since they called it quits.

Marc even attended Patricia's wedding in the U.S. in 2005.

The actress said that Rob Walcher, her husband, and Marc also good friends.

"Magkumpare sila. Marc is the ninong of our two sons." 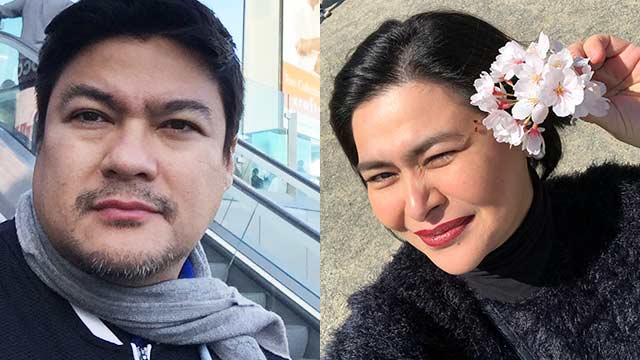 They were married for three years until they separated in 2003.

Initially, they were not on speaking terms but eventually, they became closer over time. 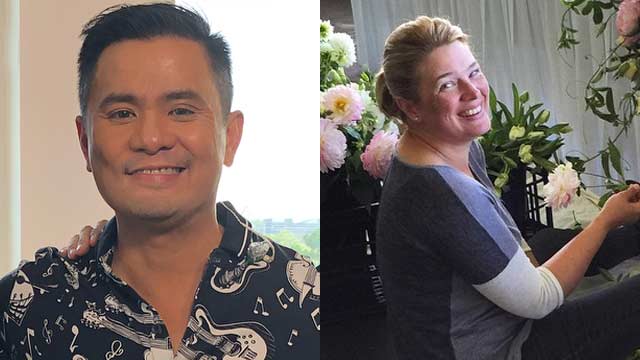 The way these two handled their separation was ideal. There was no drama, no word war, and things were revealed at the right time.

In 2003, she moved back to Australia with their two kids.

This fueled the separation rumors, which Ogie denied.

In an interview with Ricky Lo, he was quoted as saying, "Michelle and I have not separated and are not separating.

"Our marriage is as strong and as happy and as solid as ever."

In June 2007, Ogie confirmed his split with Michelle, and admitted his relationship with Regine Velasquez in his tell-all interview with YES! magazine.

Michelle, too, had moved on, and even said on television via phone patch that Regine did not cause the demise of her marriage to Ogie.

Ogie and Michelle's marriage was annulled in October 2007.

Their families would usually meet in Australia every December. 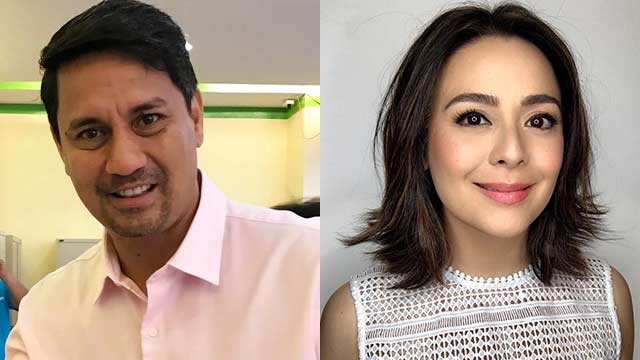 After two years of being together, they broke up.

Since then, they've been constant screen partners.

Though they did not end up with each other, their fans have given them the "Eternal Love Team" tag. 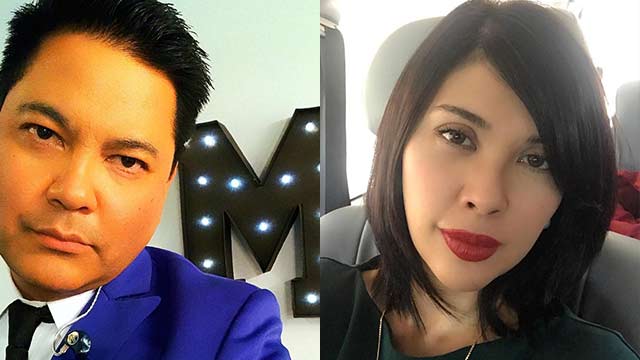 They became husband and wife in 1986 but their marriage was annulled in 1999.

In the October 2007 issue of YES! magazine, Pops revealed the not-so-good side of her marriage to Martin, who was then very furious.

But time had healed all the pains, and the two have been sharing the concert stage for several years now.

Recently, she met Martin's son Santino with Katrina Ojeda, and described it a "happy moment." 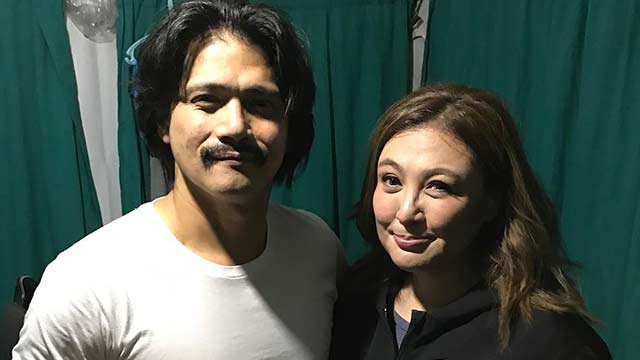 Their first encounter was in 1983, while she was shooting Friends in Love on Session Road in Baguio City.

Robin recounted in an interview, "She's my idol in everything she does. I became an actor because of her... I was then a student there, and I ran after her but they were leaving.

"I, later on, told her that story and she replied: 'So that was you?'"

They fell in love while doing Maging Sino Ka Man in 1991 but in the same year they broke up.

It was a brief relationship, but Robin said, Sharon has been among the first few people who helped him when he was in prison.

He still addresses her as "ma'am." 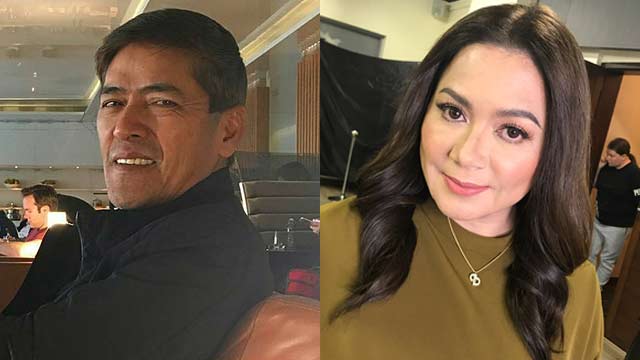 They have a daughter, Danica, and a son, Oyo.

They did several movies after their separation, and have remained good friends. 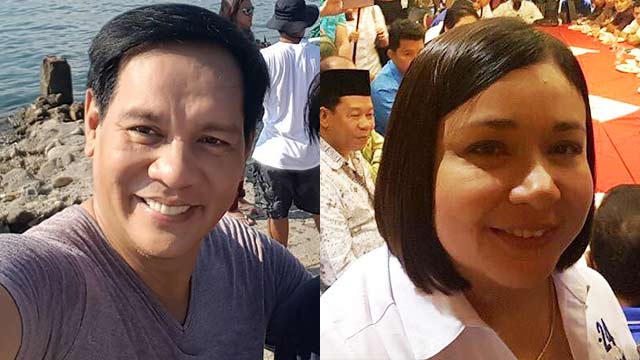 They were married for 13 years and have four children, Wyn-Wyn, Yeoj, VJ, and MM.

In 2004, their marriage was annulled.

So much had happened to their respective love life since then.

But, according to Joey, "Ness [Alma's nickname] and I have moved on... You can even say we're the best of friends." 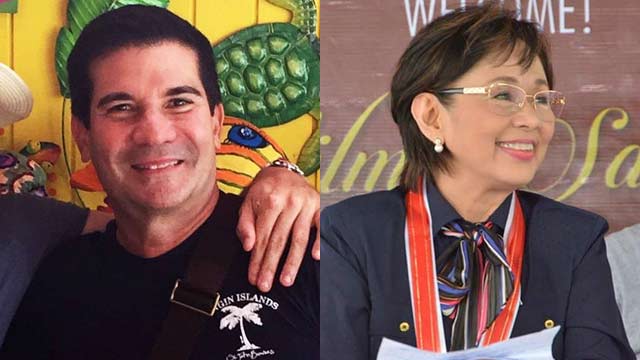 Their son Luis is close to both his parents.