9 Celebrities Who Spoke Out About Their Plastic Surgery

Plastic surgery is no longer seen as a taboo, with more and more celebrities speaking out on the procedures they've had done. The day after Kylie Jenner admitted getting lip fillers, Google saw a huge increase in lip filler searches, and with stars like 17-year-old Ariel Winter going under the knife, the interest only seems to grow. From Courtney Cox's dermal fillers to Kourtney Kardashian's breast enlargement, here are the before and afters of all the celebs who have been refreshingly honest about their procedures. 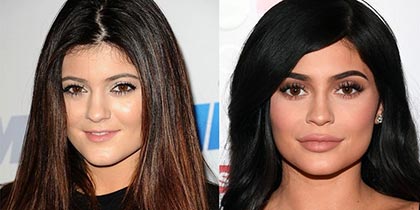 After months of speculation, Kylie finally confirmed what we already knew in an episode of Keeping up with the Kardashians.

"I have temporary lip fillers. It's just an insecurity of mine and it's what I wanted to do. I'm just not ready to talk to reporters about my lips yet because everyone always picks us apart. I want to admit to the lips but people are so quick to judge me on everything, so I might have tiptoed around the truth, but I didn't lie." 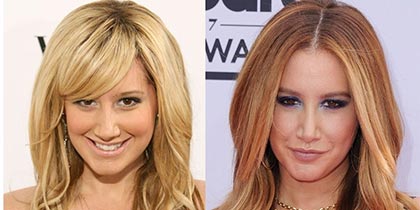 In an interview with People, Ashley admitted to undergoing a rhinoplasty procedure in 2007, due to a deviated septum which was causing problems with her breathing.

"Growing up I always knew I had a deviated septum on the right side of my nose, which caused trouble breathing. The older I got, the worse it got. I went to get it checked out, and the doctor told me the septum was 80% deviated and I had two small fractures in my nose."

"I didn't do this because I believe in plastic surgery. I did this to help my health. I literally almost could not breathe out of the right side of my nose." 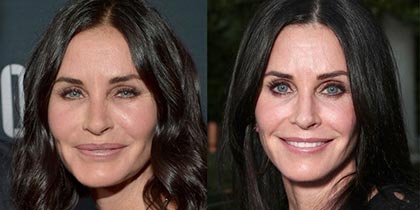 Courtney Cox first spoke out about her plastic surgery regrets to Bear Grylls (of all people), and in an interview with New Beauty in June 2017 confirmed she has now had her facial fillers dissolved:

"You go to a doctor who would say, "You look great, but what would help is a little injection here or filler there." Then somebody tells you about another doctor: "This person's amazing. They do this person who looks so natural." You meet them and they say, "You should just do this." The next thing you know, you're layered and layered and layered. You have no idea because it's gradual until you go, "Oh sh*t, this doesn't look right.”

"I've had all my fillers dissolved. I'm as natural as I can be. I feel better because I look like myself. I think that I now look more like the person that I was. I hope I do. Things are going to change. Everything's going to drop. I was trying to make it not drop, but that made me look fake." 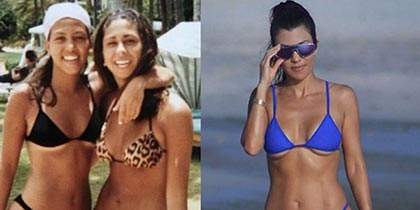 Kourtney was just 21-years old when she underwent her breast enlargement, a decision she admitted she regretted in 2016:

"I wish I never did it. I had great boobs. Now I'm gonna have to get them redone at some point." 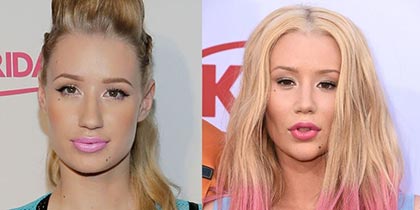 The Australian-born singer opened up to Seventeen magazine about her nose job in 2015.

"I'm not denying it. Denying it is lame."

She has also been open about her breast enlargement:

"I don't think you should be ashamed if you made a change to yourself, which is why I've spoken about the changes I've made, like with my breasts."

But she does want her fans to know that plastic surgery doesn't solve all your problems: 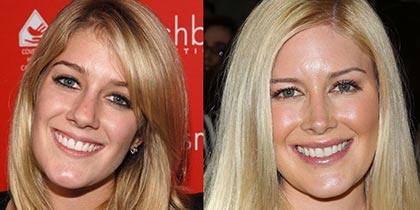 In November 2009 when she was just 23-years-old, Heidi Montag underwent a staggering 10 procedures in one day. At the time, Heidi told People magazine:

"I was made fun of when I was younger, and so I had insecurities, especially after I moved to L.A. I just wanted to feel more confident and look in the mirror and be like, "Whoa! That's me!" I was an ugly duckling before."

In 2013 Heidi had her size F implants removed and in an interview with ET online in 2016 admitted she wouldn't go under the knife again: 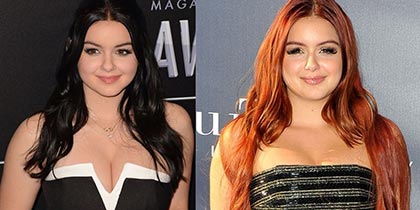 17-year-old Modern Family actress Ariel Winter underwent a breast reduction in June 2015, taking her bra size from a 32F to a 34D. Speaking to Glamour, Ariel explained the moment she decided to undergo a reduction:

"I went to a swimsuit store with my cousin a few months ago and couldn't find a bathing suit that fit me. I really felt bad about myself. I didn't feel happy. I just kept saying, 'What am I going to wear? There's nothing for me to wear at the beach, at the pool.' I can't go to a party with my friends and wear the same thing as them. I have to be completely covered up otherwise I'll look a certain way that I'm not intending to look."

Following her surgery, the actress couldn't contain her happiness:

"Once the surgery was completed, I can't even explain the feeling. [A week later], I was buying clothes and crying as I put them on, I was so happy. You just feel so relieved and excited. You feel like a new person. You feel like this is how I was supposed to be." 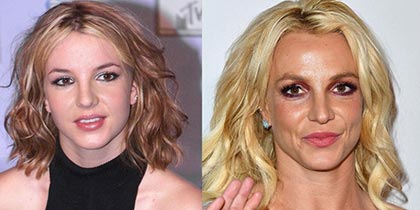 The fact that Britney Spears' has kept her rock hard abs for 17 years is impressive, especially when you consider the fact that we're still trying to find ours. In an interview with InStyle in 2014, Britney discussed the skincare routine that keeps her young, while also admitting to getting lip fillers and other "fun stuff".

"I just bought the new Shiseido face wash and moisturiser. I have no problem trying new brands. A doctor I see, [Beverly Hills plastic surgeon] Dr. [Raj] Kanodia, does fun stuff to me sometimes—I've had lip injections before."

On the advice of her own mom and Beyoncé's, Kelly waited until she was 28 to go under the knife.

"I wanted to get breast implants when I was 18, but my mom and Beyoncé's mom told me to really think about it first. I took their advice and waited 10 years."

Explaining her decision to Shape magazine, Kelly revealed that as well as waiting 10 years, she took measures to make sure she was prepared:

"Once I felt ready, I tried on padded bras and walked around in them to see how it would feel. You have to know what you're getting, no matter what type of surgery it is."