Christina Aguilera Wore A Lipstick From A Local Beauty Brand

Sunnies Face had another major moment. According to the local beauty brand's Instagram, Christina Aguilera was sporting their Fluffmatte lipstick in Nudist during her appearance on Jimmy Kimmel Live!

Cole Sprouse is all kinds of romantic on his birthday post for rumored girlfriend Lili Reinhart on Instagram. The photo is of Lili, topless; in the caption, he calls her his "little muse."

Frankie thanks Mac for helping him recover from his addiction to drugs and alcohol: "He was the reason I went to the rehabilitation center where I was detoxed safely from all of the drugs alcohol and medications I was taking, when I couldn’t imagine living without them.

It was the place where I found the community of support that showed me that living life without drugs was a possibility and I would never have discovered that if it weren’t for Malcolm."

4. The full trailer of Exes Baggage is here

#CarGel fans, this is it! The full trailer of Carlo Aquino and Angelica Panganiban's new movie Exes Baggage will make you believe in love again!

5. Call Me By Your Name is coming back to Manila

Get ready for all the feels you thought you left in 2017: Call Me By Your Name is coming to Manila, but this time, it'll be through a film concert. The soundtrack will be performed by none other than the Manila Symphony Orchestra! 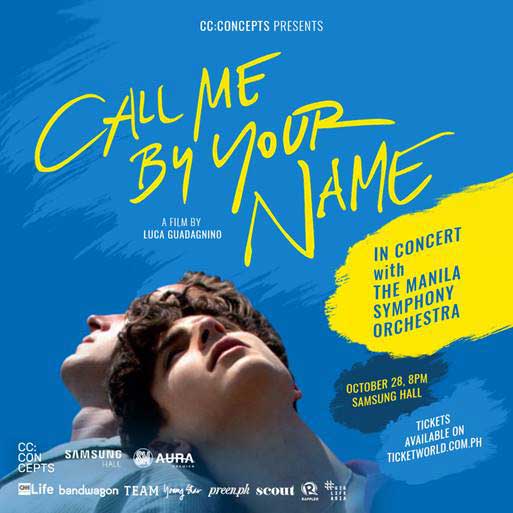 The event will be held on October 28, 2018 at the Samsung Hall in SM Aura. Tickets are available here.