Does this mean ABS-CBN and Star Magic will lose one of their prized talents?
by Dinno Erece | Oct 8, 2009
Post a Comment
Featured 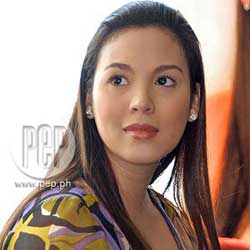 Did we hear it right: Claudine Barretto, queen of ABS-CBN and poster child of Star Magic, is now a Viva star?

During a conversation with fellow writers, someone casually mentioned that Claudine has recently signed with Viva. This was news to us, so we made a series of calls to confirm it.

We first got in touch with Star Magic, the talent center of ABS-CBN. They said that at least for 2009, Claudine shall remain a Star Magic talent. Yes, the shining star and perennial cover girl of the Kapamilya star-making department’s annual catalogue is not moving out.

Our second call was to Viva, who initially said there’s no truth to the rumor but would get back to us for updates. Five minutes later, we confirmed that Claudine indeed signed a contract with Viva Films, but only for movies.

The Star Magic camp said this was news to them, but since they are a separate department from ABS-CBN Claudine may still be Star Magic’s queen, as far as movies are concerned she is now a Viva Star.