We pay tribute to one of the greatest singers of all time in this gallery of classic songs by the late Whitney Houston.
by CJ de los Santos | Feb 14, 2012
Post a Comment
Featured 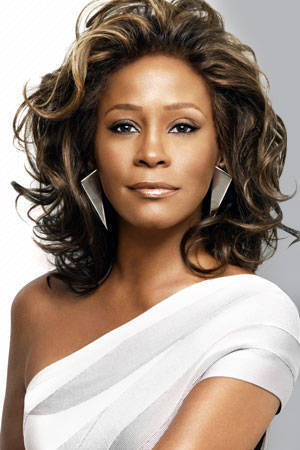 By now, we're sure you've heard that the woman who influenced a generation of singers, musicians, and regular folks like us to pursue our passions (and purge our emotions through song) passed away last Saturday at the age of 48. Whitney Houston was the voice behind some of the greatest love songs of all time, and though her life was overshadowed by her personal troubles in recent years, her songs are what will live on in the memories of everyone who's ever been touched by her stunning performances.

Whitney received many accolades in her life, including two Emmy awards and six Grammys, and broke records as the first female to ever debut at No. 1 on the Billboard 200 albums charts. Her impact on the music industry is undeniable. Known for her soulful and powerful vocals, she has been with many of us through our own personal love woes through her highly-relatable songs, commiserating and encouraging us to hold our heads high through her powerful lyrics. It's only fitting that we pay tribute to the legend herself and acknowledge how much she's inspired all of us through her music.

It's Valentine's Day, but we're still mourning the loss of the great singer who brought us the best love hits like "The Greatest Love Of All" and "I Will Always Love You," and who helped us through our heartbreak with cathartic breakup songs like "All At Once." On the day we celebrate love, and in honor of the late songstress, let's remember the 10 love (and heartbreak) songs we'll always remember Whitney for, from her debut album back in 1985 to her last album in 2009.

She has several love (for self and for another) and heartbreak songs of different tempos, but we chose the most melancholy and soulful ones we all just love to sing along to on the most emotional of times. Launch the gallery to see our picks, and tells us when you comment: Which Whitney Houston songs are your personal faves?