This 19-year-old star is unnervingly normal and immensely likeable. 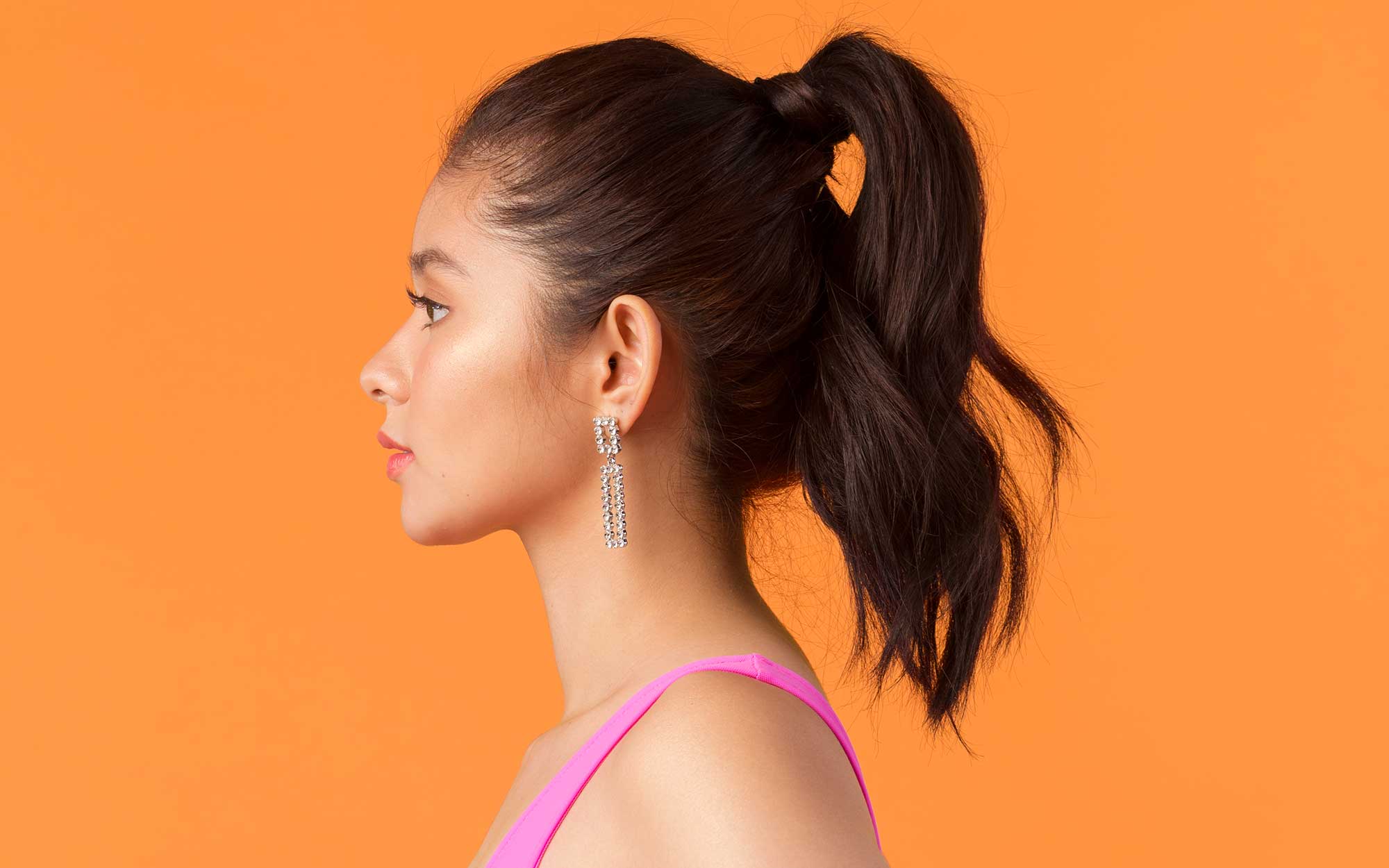 Get to know the "Talented Darling ng Parañaque."

Loisa Andalio quietly walked into Summit Studio in a simple white shirt and jeans on a Thursday afternoon. With her, a team of stylists, carrying a luggage full of pastel crop tops and candy-colored pumps. Not far behind were her hair and makeup artists, who lugged with them her trusty makeup kit.

She greeted the Cosmopolitan team in a soft-spoken tone before she proceeded to the lunch table. It was lunch time, but she only took a peek at the slices of pizza before closing the boxes again and instead, paid sincere attention to the staff buzzing around her.

She moved at a slow pace and anyone meeting her for the first time would think she's your typical dalagang Pilipina. Little did we know that we would be engaging in animated banter and boisterous laughter just minutes later, with most of the hirits coming from the teen star herself.

"Gan'un talaga e, ang hirap kumita ng pera. Alipin ng salapi!" she joked when asked about her earlier sleepy disposition. Her taping finished at 2 a.m. that morning and she barely had any sleep before committing to her 12 p.m. call time for our shoot. 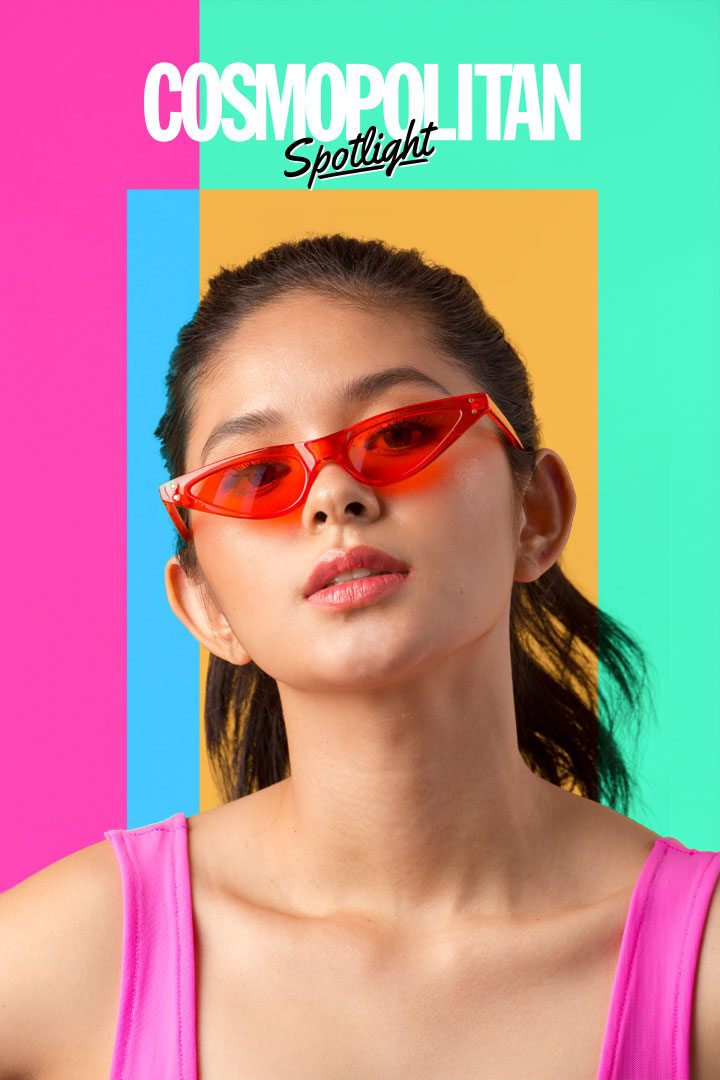 At only 19 years old and having over 3.3 million followers on Instagram alone, Loisa is officially one of Gen Z's biggest social media stars. But she also has talent and easily ticks off the boxes of being a triple threat: she can act, sing, and dance.

So how exactly does she do it all and maintain a striking online presence when haters run wild and the number of likes could equate to one's level of self-esteem? Seated in her high chair while getting her makeup done, she tells us how it's done.

Loisa shot to fame when she entered the Pinoy Big Brother (PBB) House in 2014 as the "Talented Darling ng Parañaque." Before her stint in PBB where she finished in fifth place, Loisa already knew what it was like to be in the spotlight. She loved singing and dancing in school and in front of her family. Shortly before she entered the iconic Bahay ni Kuya, she was also part of 3G, an all-girl performing group.

Her talent for singing and dancing did not go unnoticed; soon, she became a regular performer on the Sunday variety show ASAP where she and Maris Racal, Ylona Garcia, Andrea Brillantes, and Kira Balinger are part of the group BFF5.

Aside from singing and dancing, Loisa also acts. One of her most recent acting gigs was on Wansapanataym's "Gelli in the Bottle" where she starred alongside on-screen partner and rumored beau Ronnie Alonte. 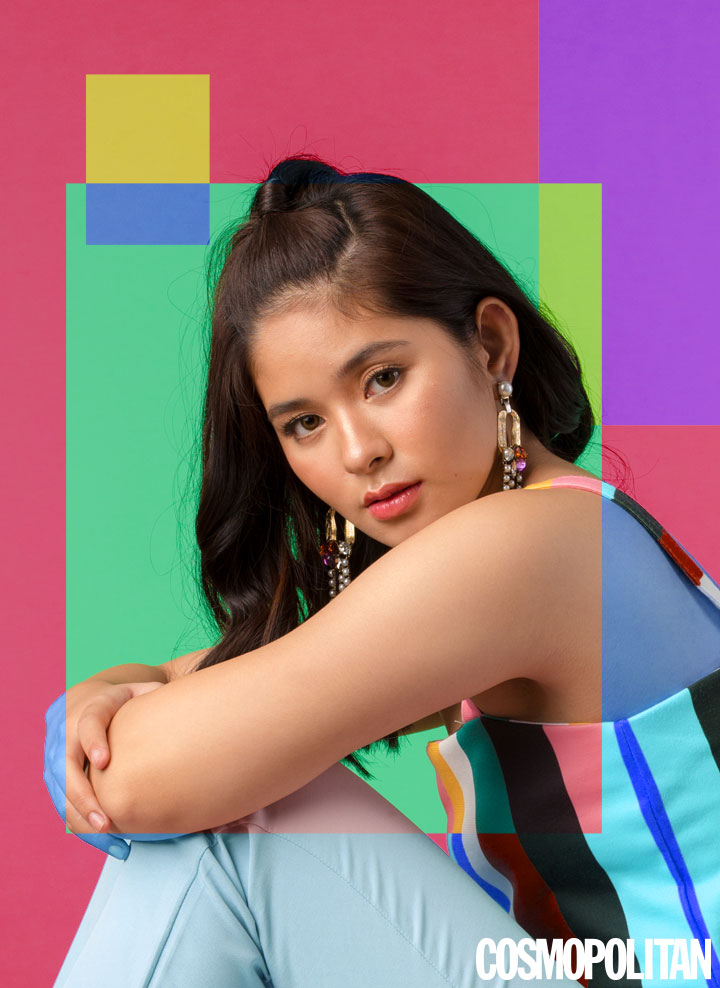 It's not difficult to like Loisa, especially if you follow her online. Yes, she posts a lot of selfies but they're always accompanied with fun and totally relatable captions. "Anong tawag sa bagong CR? E 'di BaNEW!" one of her captions read.

In another post, she wrote, "Eye bags for sale," which was possibly from playing Mobile Legends, her current gaming obsession, the whole night.

She claimed that this mobile game is also the reason why she could stay thin, despite her unhealthy diet of baked macaroni and hot dogs.

Despite her flattering OOTDs, Loisa is actually unnervingly normal. Like most girls her age, she is conscious of her figure and looks.

But it's this raw honesty that just makes her more endearing. In her Instagram posts, we could see that Loisa isn't afraid to let loose and have fun with her captions and poses. She also said that she manages her social media feed by herself because she loves interacting with her fans.

Thankfully, most of the messages she gets are positive comments, but she does encounter the occasional basher.

She confessed that when she just got out of the PBB House, she was really affected by negative comments. It took some time before she got used to them and learned to ignore them eventually. 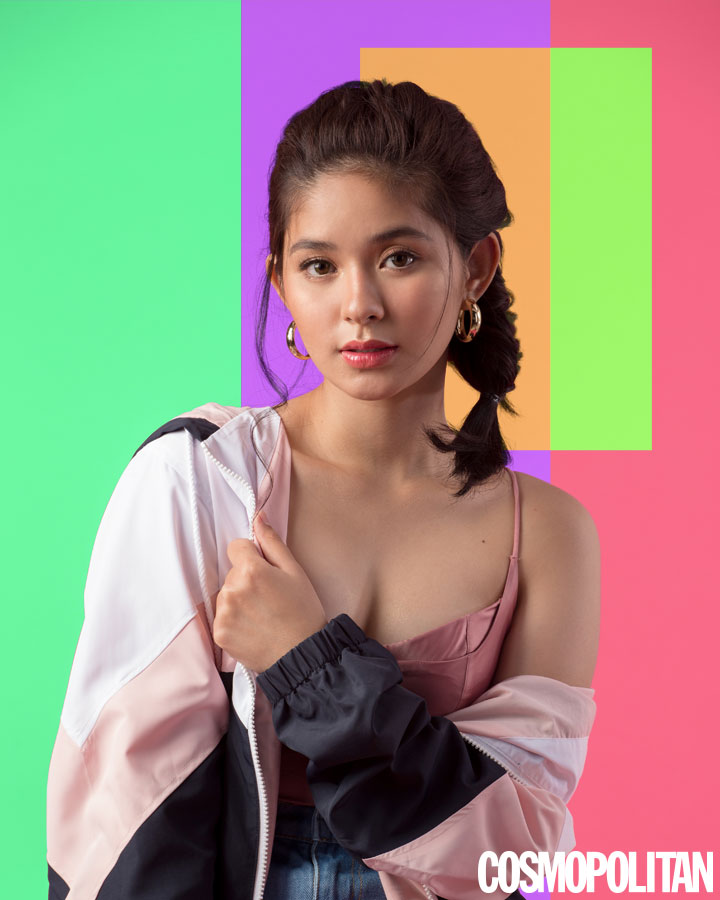 "Anong nangyari? Kinain na kayo ng sistema!" - Loisa on how people are always on their cellphones

On the upside, as an artista who is always out for shoots, she values the ease of communication she can have at the click of a button, especially when it comes to family and friends who are far away.

Still, nothing beats face-to-face bonding. She and her group of friends from her elementary school days still hang out in her condo. Other times, they drive around or tag along with her during shoots, and, obviously, play online games together.

"Ngayon, mga 25 na lang." - Loisa on the number of selfies she takes daily

In an interview with Boy Abunda, Loisa claimed that she can take 100 selfies in a day—but that number is lower now.

"Ngayon, mga 25 na lang," she said, before revealing her secret on capturing the perfect selfie.

"Hala! Isyu ka 'te! Wala 'yon! 'Sus!"  - Loisa on whether she and Ronni Alonte are officially a couple

The young man rumored to have captured Loisa's heart is Hashtags member Ronnie Alonte. Their unlabeled relationship is fueled by their own sweet posts, suggesting they are IG-official. BUT, are they official-official?

"Hala! Isyu ka 'te! Wala 'yon! 'Sus!" she laughed with a twinkle in her eye. When asked what she likes about her ka-loveteam, she said, "Lahat. Yes! Wow!" before bursting into another fit of giggles (and visible kilig).

Free time comes less frequently nowadays, given Loisa's busy schedule. She's not complaining, though. She knows she's doing this for her future.

If she weren't in showbiz, she said she would've probably been a stewardess or a teacher, but Loisa knows that this industry is the ticket to achieving her dreams.