The cast of Crazy Rich Asians looked UNREAL at the 2019 Golden Globes. TBH, besides the fact that everyone's dying over Lady Gaga's hair, this is pretty much the least surprising news of the night.

I mean, Sonoya Mizuno and Gemma Chan are seasoned professionals at pulling off the most OTT trends. But, the CRA cast's ability to consistently serve looks doesn't make their red carpet style any less drool-worthy, so let's take a moment to obsess over their flawlessly executed fits, shall we? Yes.

Constance Wu is reminding us all that her presence is a literal present in this beautiful nude bodice and tulle skirt with a chic bright bow. 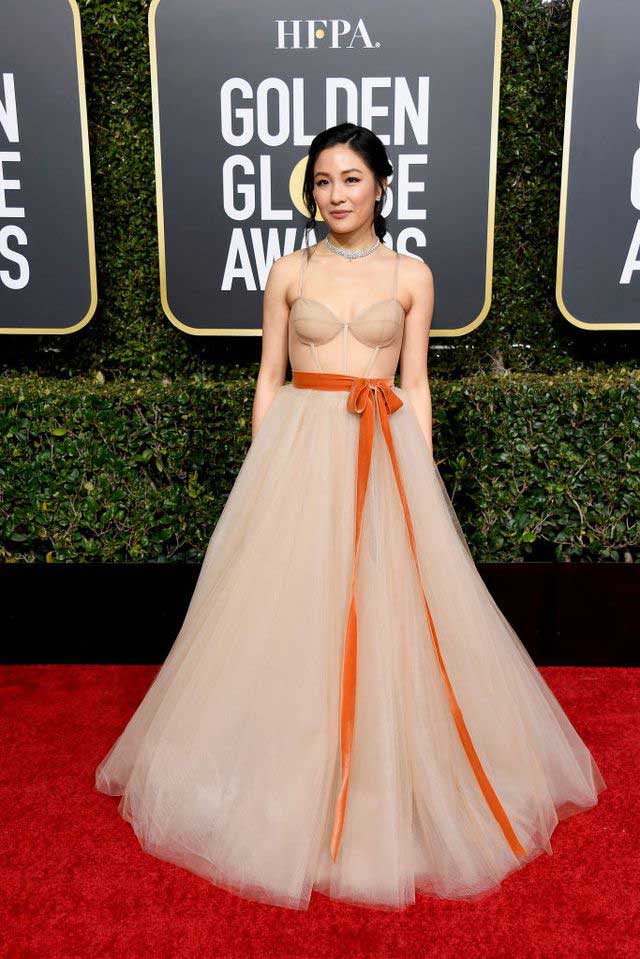 Gemma Chan's dress is an actual work of art AND it has pockets. 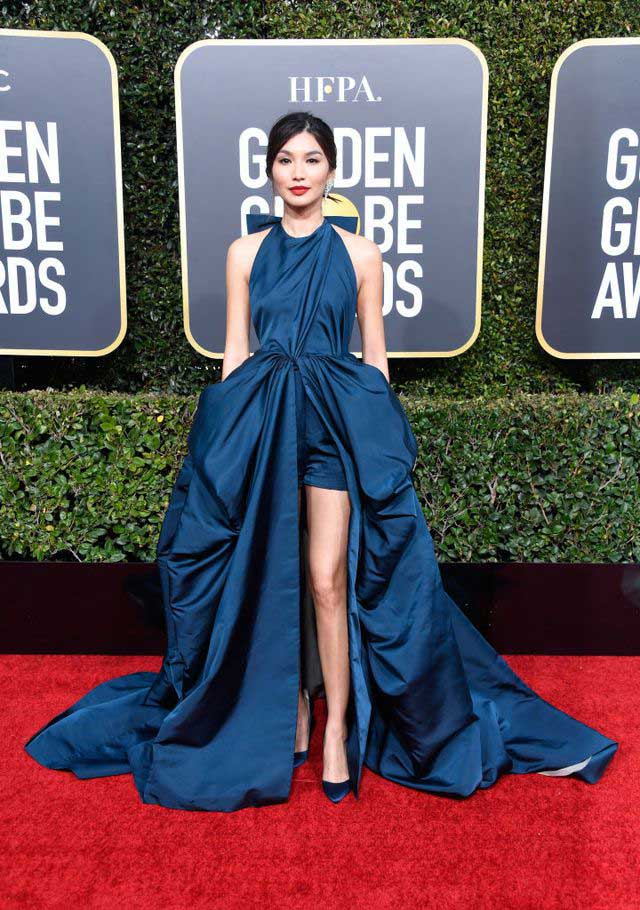 Michelle Yeoh stunned in all green... 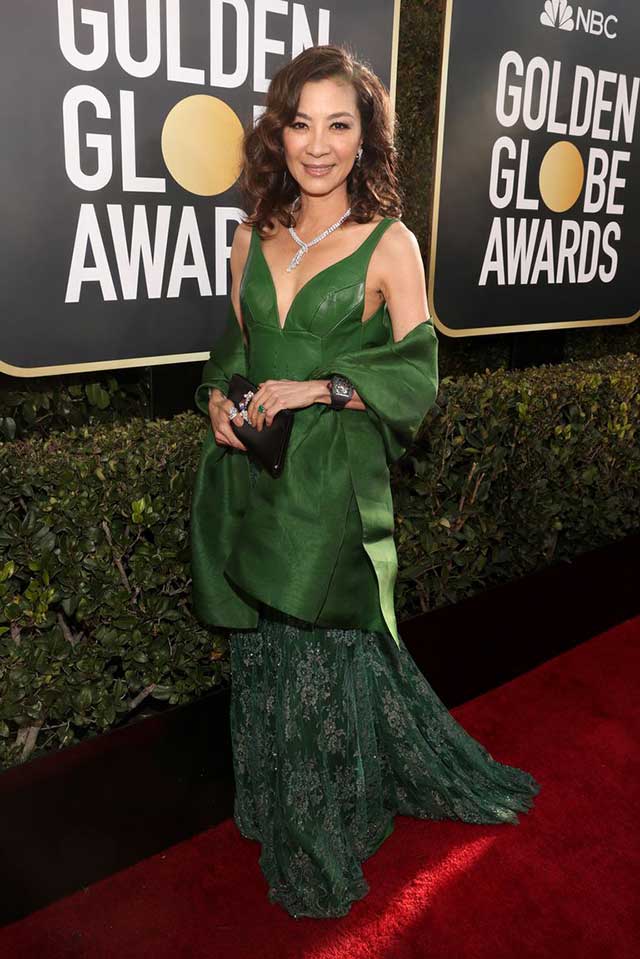 ...and if you look closely you'll see that she literally showed up wearing Eleanor's iconic emerald engagement ring from the movie, which is something I will probably think about daily for the rest of my life.

Nico Santos looks effortlessly cool, which is only noteworthy because he was totally freaking out moments before. 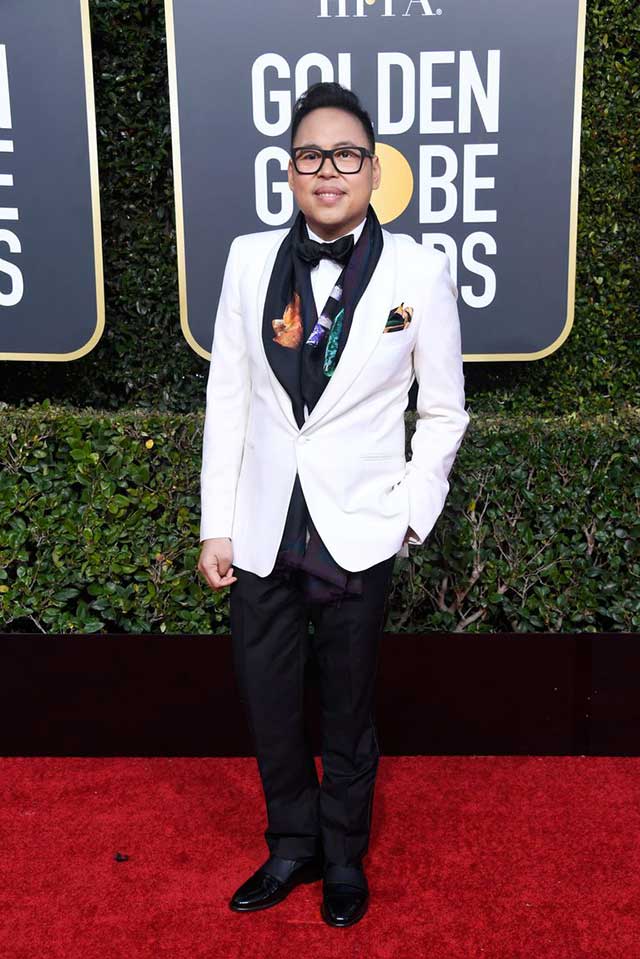 You fooled us, Nico!

Ken Jeong and his wife Tran are so FREAKIN' cute! 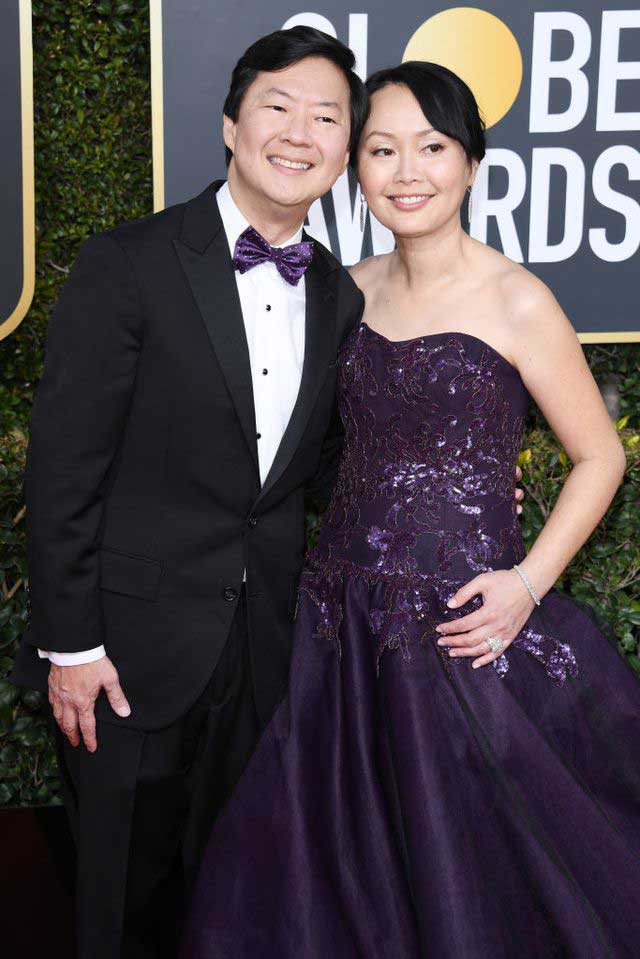 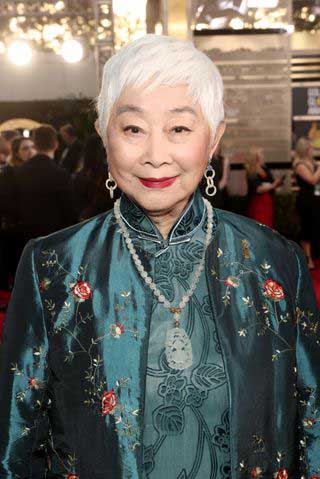 Unfortunately, a number of cast members did not grace us with their appearance. Fan favorites Henry Golding, Sonoya Mizuno, and Awkwafina are MIA, and Twitter is understandably freaking out. But like, they're really busy! Give them a break!

Harry Shum Jr. isn't at the actual Golden Globes, but he is looking really effing hot at a viewing party!

Crazy Rich Asians has two Golden Globe nominations: Best Motion Picture (Musical or Comedy) and Best Performance by an Actress in a Motion Picture (Musical or Comedy) for Constance Wu. But, at the risk of sounding cliché as hell, the film has already won big in like, every other sense of the word. It's the first major studio movie with a primarily Asian cast in 25 years and it's the most successful romantic comedy at the box office in nine years. NBD!