1 Cristine Reyes is now engaged to her MMA fighter boyfriend, Ali Khatibi! The two have been together since 2014 and just welcomed a baby girl, Amarah, in February 2015. The proud mama announced the news by posting a lovely photo showing the hands of her family with the caption “Engaged.” Congrats, Cristine!

2 Julia Barretto took to Twitter to further defend herself from her infamous snubbing incident in London. The teen queen wrote:

I have explained myself many times but will explain again. The video did not capture the time I acknowledged the fans---

The last thing I want to happen is for my fans to think I am not grateful for them. I am not going to allow a 15 second video to define me.

3 Gab Valenciano revealed on Facebook that the reason he left the country three years ago was that the entertainment industry made him feel like "one of the most worthless artists in the history of artists."

He further detailed how local showbiz “mocks the very core of what it means to be an artist,” saying, “[It is] a system that sincerely believes that being light-skinned is a privilege. That talent is nothing but a bonus accessory. That looking good is a much greater necessity than actually being good. That hard work doesn't get you anywhere, it's who you know and how far you're willing to go to live the dream. That the destination is much more relevant than the journey. That your self-worth is based on the number of followers you have. That your every asset is fixated on branding and advertising. That being amazing gets you hits, but doesn't provide you with a life you deserve. That it is okay for corporations to believe in a quantity over quality business model over excellence. That desiring to actually love what you do comes with a hefty price tag.” To read Gab’s full Facebook post, click here. (ABS-CBN)

4 Ellen Page walked the red carpet for the very first time with her girlfriend Samantha Thomas. The actress proudly showed off her artist/surfer girlfriend at the premiere of Freeheld at the 2015 Toronto International Film Festival.

5 Starbucks Philippines has TWO new beverages in store for you—Dark Caramel Latte and the Duo Cocoa Mocha! The delectable drinks will be available at all Starbucks stores on September 15! For more deets on the drinks, visit www.starbucks.com.ph! 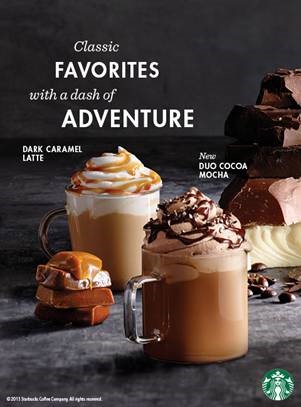